Biden announces strategy to tackle gun violence in the US 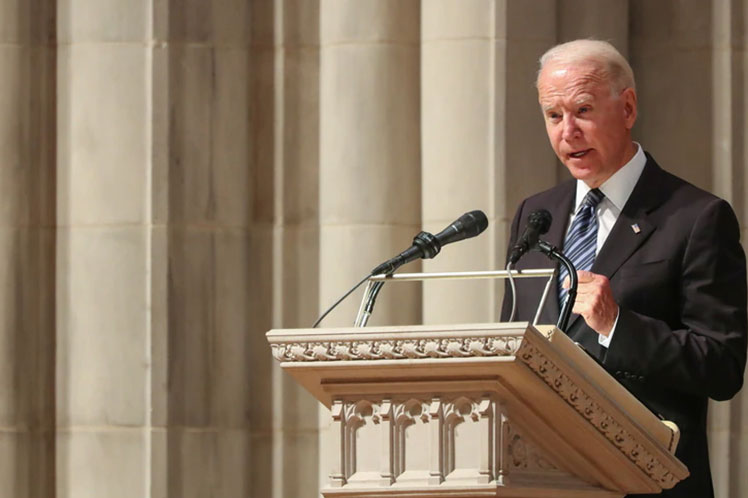 Biden announces strategy to tackle gun violence in the US

Washington, Jun 24 (Prensa Latina) President Joe Biden on Wednesday laid out his plan for addressing the surge in gun violence, particularly firearms crimes, amid increased crimes in the United States.

As part of Biden’s plan, the Treasury Department issue new guidelines Wednesday making clear that communities experiencing a surge in gun violence as a result of the pandemic can use the $350 billion in state and local funding included in the American Rescue Plan to hire more law enforcement officials and purchase equipment that would allow police departments to better respond to gun violence.

The Treasury Department will also share guidelines on how funds in the American Rescue Plan can be used to expand summer camp programs, mental health services, food assistance, job placement programs and other social services that help prevent crime.

The president’s speech also comes as he faces pressure from some Democrats and advocates to make police reform a legislative priority after George Floyd, a Black man, was murdered last summer by a white police officer. During his presidential campaign, Biden promised to tackle police reform, but lawmakers on Capitol Hill have so far been unable to reach a deal on a bill.

During his presidential campaign, Biden vowed to address police reform, but Congress has so far failed to agree on a bill.

In the first five months of 2021, over 8,100 people were killed amid shootings in the United States, about 54 deaths per day, 14 more daily deaths than that in the same period in six previous years, according to the Gun Violence Archive.

In 2021, the number of victims and total number of shootings exceed those of the first five months of 2020, the deadliest year for gun violence in at least two decades.