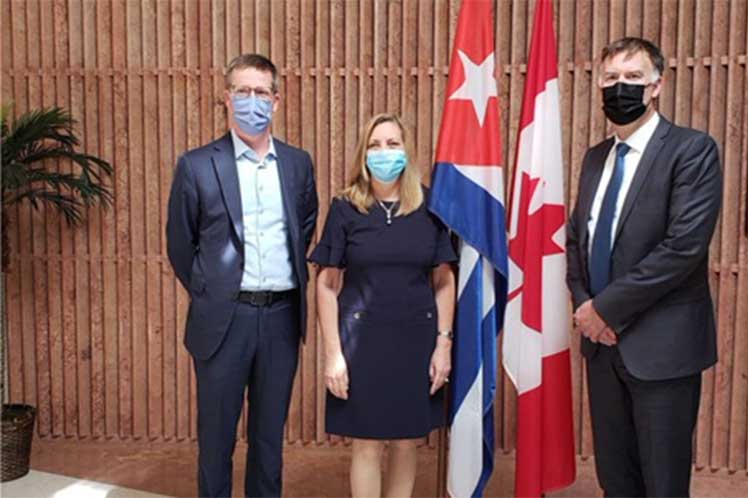 The ambassador of Havana in Ottawa, Josefina Vidal, received on Thursday Leon Binedell, the new president and CEO of the Sherritt International Corp. company, and also David Pathe, who previously held that position.

In her Twitter account, the official expressed her gratitude to both of them for contributing to the economic development of the Caribbean country.

On the island, Sherritt started a joint venture with the Cuban state since 1995, to exploit deposits and other investments in the energy sector existing until today.

Currently, the Caribbean nation occupies the ninth place in the world in terms of nickel production and is the fifth global reserve of this metal and the third for cobalt.

The Toronto-based firm maintains its business in Cuba despite the intensification of the US blockade with the activation of Title III of the Helms-Burton Act during the administration of former White House chief Donald Trump.

This measure, designed to curb foreign investment, allows the claim in United States courts of compensation for properties nationalized in Cuba when the Revolution triumphed in 1959.

However, the Cuban government maintains that foreign companies have total legal security based on Law 80 on the Reaffirmation of Cuban Dignity and Sovereignty, as well as other provisions adopted to guarantee foreign investments in the country.