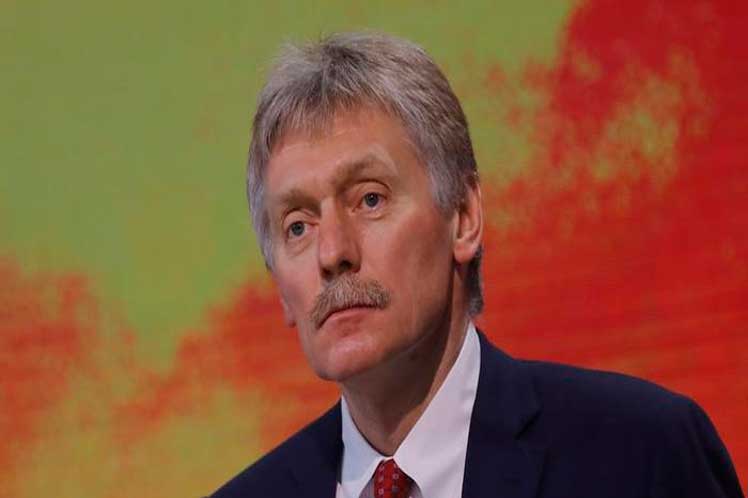 The politician reiterated the interest of the Russian president, Vladimir Putin, in improving work relations with the community bloc, to the extent that the European counterpart is ready, he said.

‘The position of the Europeans is not very consistent, at times incomprehensible, and surely they will still have to go a certain way to formulate their position definitively,’ said the press officer of the Russian Presidency.

In this sense, he pointed out that such an attitude is contrary to Putin’s proposal, which he considered ‘extremely clear and consistent.’

Regarding the possibility of dialogue, Peskov pointed out that the intention to have it should come from a movement on both sides, which shows ‘a mutual political will.’

‘We hope that countries adhering to a more balanced approach will continue to work to promote the idea of ​​establishing a dialogue between Brussels and Moscow,’ emphasized Peskov.

He expressed the exchange between the EU and Russia is rejected mostly by the Baltic countries and Poland, who speak without foundation of the threat that Moscow represents.

At their meeting the day before, the heads of state and government of the community bloc failed to agree on the proposal of German Federal Chancellor Angela Merkel and French President Emmanuel Macron to hold a summit with Russia.

According to the final communiqué of the summit, the head of Foreign Policy, Josep Borrell, was instructed to explore opportunities for dialogue with Russia on certain issues of interest to the EU.

He is also to elaborate options for possible sanctions against Moscow, including economic ones, to counteract alleged future actions by Russia, which they consider detrimental to the bloc.