Collapse of building in Miami had been warned 3 years before 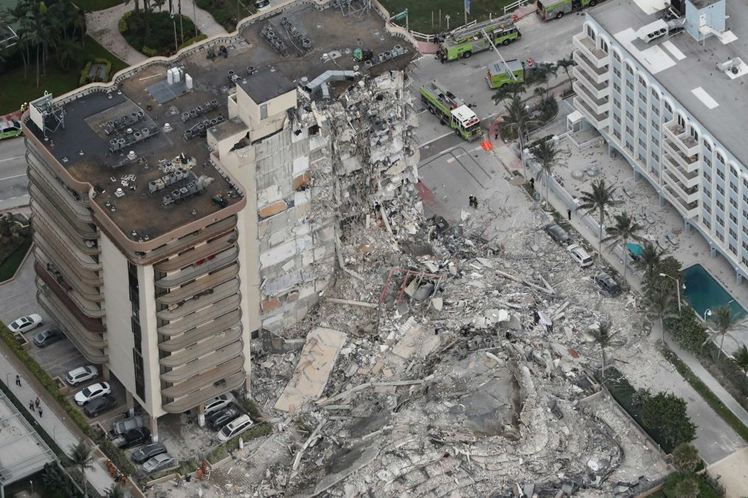 Collapse of building in Miami had been warned 3 years before

According to a report published by Surfside authorities on its website, experts made those warnings and reported on a repair project that would begin soon.

Frank Morabito, the engineering consultant who conducted the study three years ago, found ‘abundant cracks and spalling of varying degrees in the concrete columns, beams and walls of the ground floor parking lot.’

The report also included photos of cracks in the columns and falling concrete, which exposed the steel reinforcement in the garage roof, and noted that deterioration of the concrete must be repaired in a timely manner. ‘

‘These documents will allow the Condominium Board to properly assess the overall condition of the building, notify tenants of how they may be affected, and provide a safe and functional infrastructure for the future,’ he wrote at the time.

Kenneth Direktor, an attorney representing the condo association, told The New York Times that repairs to the building suggested in the report were about to begin.

The Times noted that the 40-year requirement for building recertification was established after a previous building collapse in Miami in 1974.

The report’s release comes as emergency services are still conducting search and rescue efforts for the 159 people still missing after early Thursday’s collapse in about half of the building’s more than 130 units.

The federal government’s National Institute of Standards and Technology (NIST) said on Friday it would send six scientists and engineers to conduct a preliminary investigation into what may have caused the collapse.

The first lawsuit for the disaster was filed on Thursday, in which stakeholders claimed that the collapse occurred ‘due to inadequate protection of both the safety of residents and visitors to the building.’

US President Joe Biden yesterday declared an emergency for the state of Florida following the collapse of the building in Miami, and authorized the Federal Emergency Management Agency (FEMA) ‘to coordinate all relief activities to alleviate the difficulties of local people’.

The statement comes after the Champlain Towers South condo partially collapsed around 2 a.m. local time on Thursday, causing approximately 55 of the more than 130 apartments to fall to the ground.