Latin America In a Trap 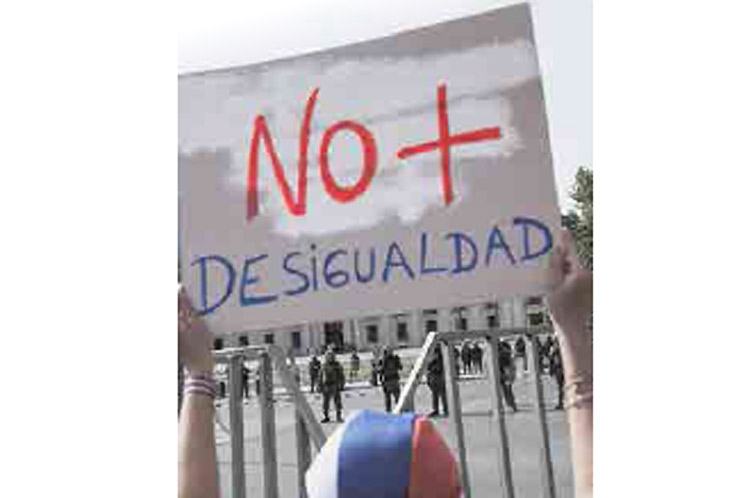 Latin America In a Trap

The 2021 Regional Human Development Report, released by the United Nations Development Program (UNDP), highlights that the region is in a trap that does not allow it to achieve the 2030 Agenda and its Sustainable Development Goals.

The progress obtained in recent decades is more unequal in Latin American and Caribbean countries than in other parts of the world comparable to their levels of development; moreover, their social indicators are below considering that it is a middle-income area.

The UNDP considers that the subcontinent is immersed in a vicious circle fed by the concentration of power, violence and inefficient social protection policies, three factors that feed each other, explained the director of this UN program for Latin America and the Caribbean, Luis Felipe López.

He called on Latin Americans to understand the connection between all these elements and manage to free themselves from high inequality. It is necessary to implement universal social protection systems that are redistributive, fiscally sustainable and more favorable to growth.

It should not be forgotten that Latin America is the most violent region in the world, a scourge that, together with inequality, forms a closed cycle in which insecurity is the cause and consequence of inequality and vice versa.

The first disproportionately affects and deprives the most vulnerable populations.

It hinders development by hitting human capital, productivity and public and private investment, while forcing an increase in the security budget.

As for social protection systems, the UNDP considers them fragile and highlights the limited response capacity during the pandemic, as governments have created parallel methods of lower quality to cover excluded people, ‘who are the majority in the region’.

Added to this are segmented labor markets with mechanisms that reproduce inequalities and encourage the organization of production in very small and unproductive businesses. In view of this reality, it is suggested that social protection should be rethought to ensure universal coverage.

In order to break out of the trap that is holding back progress in the countries of the region, solutions must be sought to promote environmentally sustainable growth and foster social inclusion and mobility.

Lower growth expected in Latin America due to climate change

Ukraine conflict could wipe out years of socio-economic progress

China to deepen cooperation with Latin America and the Caribbean

Lower growth expected in Latin America due to climate change

Ukraine conflict could wipe out years of socio-economic progress

China to deepen cooperation with Latin America and the Caribbean