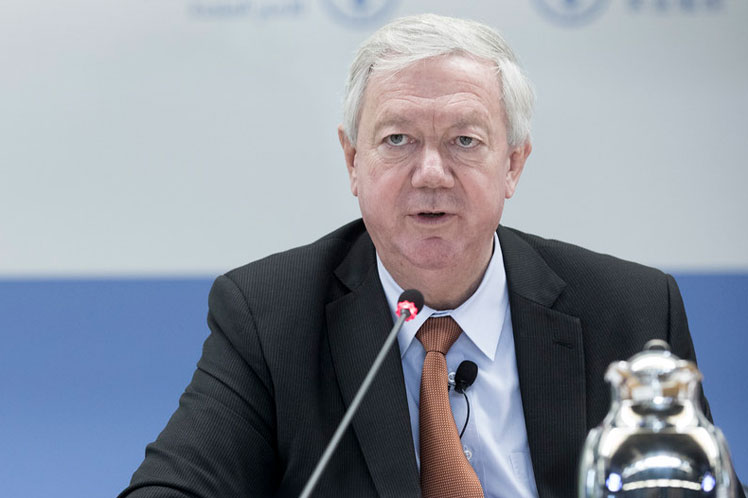 Rome, Jun 29 (Prensa Latina) The new president of the FAO Council, Hans Hoogeveen, on Tuesday highlighted as a priority during his two-year term to work efficiently and transparently to build bridges.

Ambassador Hoogeveen, permanent representative of the Netherlands at the United Nations Food and Agriculture Organization, was elected for that post at the 42nd Conference, FAO’s governing body, which met from June 14 to 18.

On taking office before the executive body, now in its 167th session, held virtually, the new president stated that the purpose of his term was to ‘unite in stronger commitments to FAO’.

Commitments that, as he explained, also have to do ‘with the implementation of projects and programs in the field that will have an effect on the challenges ahead,’ associated with food security and the elimination of hunger.

The 167th Council welcomed the matters approved by the Conference, such as the Working Program and Budget for 2022-23 and the Medium-Term Plan 2022-25 and, in particular, the Strategic Framework for the 2022-2031 period, focused on poverty, hunger and inequalities.

This document is framed in the context of major global and regional challenges in the organization’s areas of competence, including the Covid-19 pandemic. The Council, which is composed by representatives of 49 members, who rotate every three years on a staggered basis, elected the chairpersons of the Program, Finance and Constitutional and Legal Affairs Committees, to which Israel, Uruguay and the United States were elected.

In addition, the respective members of these committees were approved, proposals were promoted by the regions of Africa, Latin America and the Caribbean, Asia and the Pacific, Near East and Europe, as well as North America and the Southwest Pacific.