Bridges of Love project builds solidarity with Cuba in the US 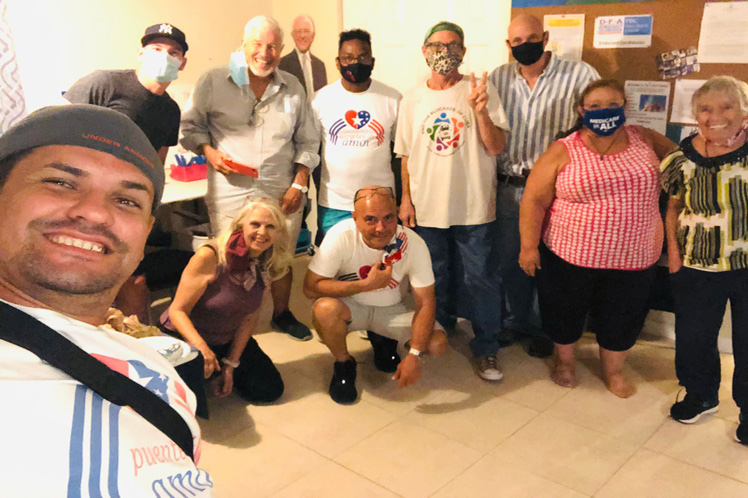 Bridges of Love project builds solidarity with Cuba in the US

Washington, Jun 30 (Prensa Latina) The Bridges of Love project is currently expanding the network of solidarity ties with Cuba in the United States, as well as against the blockade and the sanctions imposed against the Caribbean island.

Last night, after completing several kilometers of their walk from Florida to the US capital, the members of this initiative promoted by Cuban-American professor Carlos Lazo met with the Group of Veterans for Peace to explain what this initiative consist of.

We talked about how the sanctions against the Cuban people affect their daily lives and gave examples of how the blockade prevents the Cuban government from purchasing the most basic things for its citizens, Lazo told Prensa Latina via Internet.

The ban on sending remittances through Western Union to Cuba, enacted by former President Donald Trump, and the tremendous ramifications of that measure in times of the Covid-19 pandemic were also discussed, he added.

If remittances cannot be sent, people have to personally take the money to their families, but most flights from the United States to Cuba have been canceled, and it is more difficult to get that economic aid to them, he further said.

The activist also explained to the Veterans how once the aid arrives in Cuba it becomes practically useless as restrictions imposed by the blockade bar Cuba from using dollars to purchase supplies abroad.

No bank in the world risks taking that cash from Cuba for fear of sanctions, a situation that worsened since Washington wrongly included Cuba in the list of countries that support terrorism, he stressed.

Financial institutions are afraid of reprisals and, many times, Cuba cannot use those funds to buy food, medicine…, he said.

He also spoke about restrictions on shipping companies because if a ship arrives in Cuba, it cannot enter US ports for six months.