Strategy to restore city of Aleppo in Syria under debate 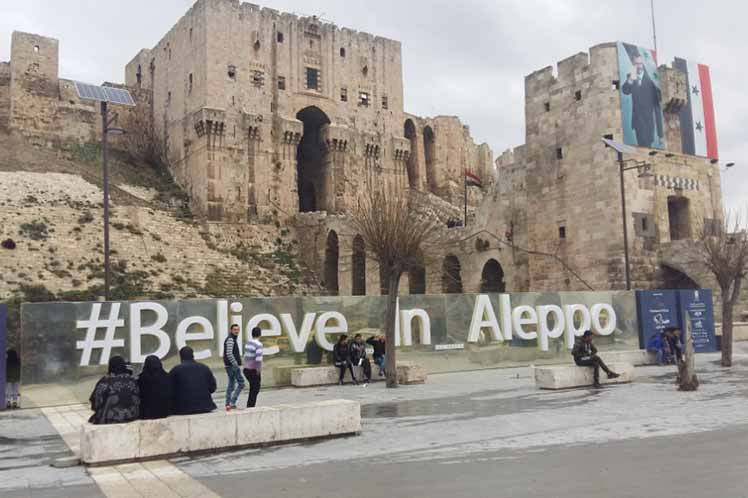 Strategy to restore city of Aleppo in Syria under debate

According to the media outlet, an event is being organized for the first time since the liberation of Aleppo and its surroundings from terrorism at the end of 2016, with all entities without exception participating in it with the purpose of bringing life back to the markets and contributing to making the city once again the commercial, cultural and industrial capital as it was before the war.

In the words of Hussein Diab, governor of Aleppo, the old city cannot be fully recovered without the participation of the entire community and the union of the efforts of all entities to restore and rehabilitate what is the historical and cultural heritage of Syria and of all mankind.

The meeting is organized by the Government and the Syrian Secretariat for Development, with historians, specialists, parliamentarians, merchants, industrialists, artisans, and representatives of state institutions and international organizations and agencies participating in the debates, the official detailed.

As revealed by the Governor, 32 infrastructure rehabilitation service projects were executed in the last year.

In his words, there are 37 old markets where 193 stores were completely destroyed, 229 partially and 379 stores are still intact.

With seven thousand years of history, Aleppo is one of the oldest inhabited cities in the world and was declared a UNESCO World Heritage Site in 1986. The terrorist war seriously affected the monuments and heritage professions of this city, which stood out in the region for its culture, commerce and industry.