Postcards from Cuba: the National Capitol 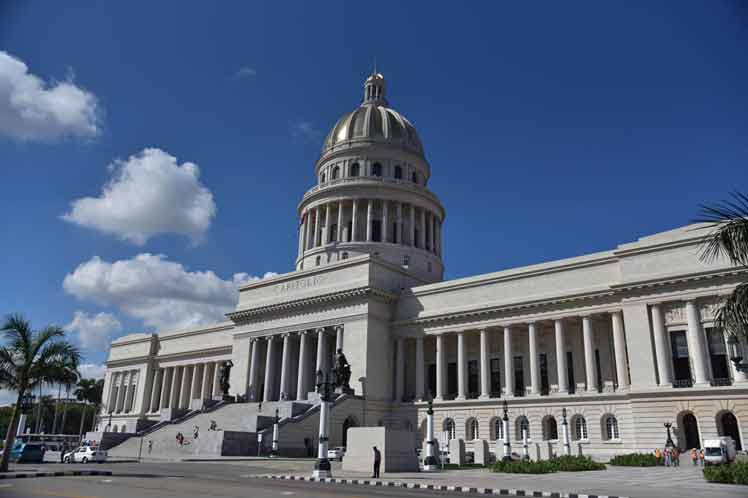 Postcards from Cuba: the National Capitol

The combination of precious woods, more than 50 varieties of marble, fine lamps and chandeliers, bronze fittings, stained glass, upholstery, curtains, sculptures and a large number of art works by Cuban and foreign artists, are impressive in its decorative richness.

Its imposing gold-plated dome, 91.73 meters high, is one of the exterior elements admired from different points of Havana.

At the entrance of the building, visitors are welcomed by a monumental concrete and granite stairway. At the top of its 55 steps, the central portico is guarded by two sculptural groups that symbolize the work and the tutelary virtue of the people, created by the Italian artist Angelo Zanelli.

Also of his authorship is the Statue of the Republic, the third largest in the world indoors, cast in bronze and covered, in recent restoration, with three sheets of gold thanks to the collaboration of the Russian Federation.

In one of the rooms a burial mound, an eternal flame and flags of Spanish-American nations, including those of Spain, the United States and Portugal, pay homage to the heroes of the Homeland, the unknown soldier and the foreigners who fought for the independence of Cuba.

The building was declared National Monument in November 2010 and, given its visible deterioration, the Office of the City Historian, headed by Eusebio Leal, was charged with the responsibility of restoring its splendor and value through an overall restoration, financed by the Cuban government.