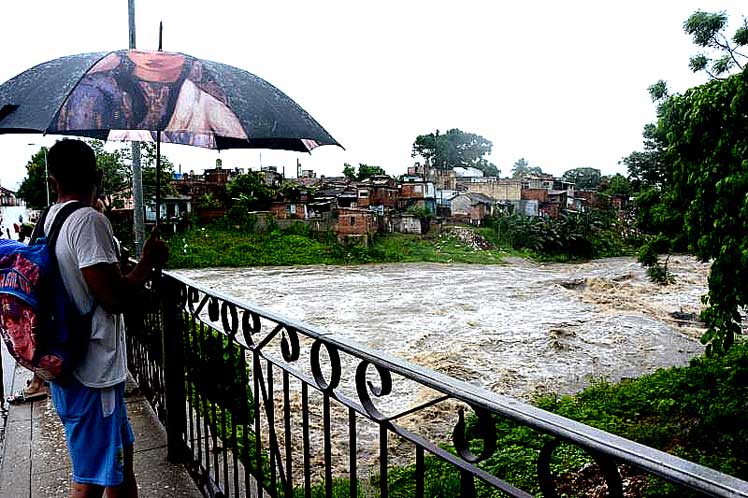 Juan Jose Gonzalez Nazco, delegate of the Ministry of Agriculture, told Prensa Latina that the favorable side is higher, even though a comprehensive assessment is being carried out while continuing to advance in the harvesting of productions at risk due to the abundant humidity of the soil.

Orlando Linares, general director of the Agroindustrial de Granos Sur del Jibaro company, ensured that the storm did not cause damage to mature rice, ready for harvesting when weather conditions improve. The people of El Espiritu contribute about 20 percent of the national consumption of the cereal.

He commented that the areas to be cut did not show any damage despite the heavy rainfalls, but since they were not accompanied by strong winds, they were not bedded down.

Meanwhile, the Electric Company informed that the territory generates its own electricity, through local plants, a situation that imposes greater savings at peak times or times of higher consumption.

When the energy service from Cienfuegos failed, Trinidad began to feed its customers from local generating plants.

Members of the Defense Council of Sancti Spiritus warned that until the recovery phase is stated by the National Civil Defense General Staff, the over 3,000 evacuees from communities downstream of the Zaza reservoir will remain in their shelters.

Meanwhile, specialists from the Provincial Meteorological Center forecast that light to heavy rains will continue in several places. The heaviest rainfall with over 200 millimeters is reported in El Jibaro and Topes de Collantes.

As a significant press release, experts registered the most significant winds, in some points, did not exceed gusts of 50 kilometers per hour in the province.

The reservoirs are waiting for the runoff of the rivers and should lead to the territory exceeding 57 percent of its capacity.

The Zaza dam, the largest in the country, received in the last hours about 1,500,000 cubic meters from its major contributors, the Tuinicu, Zaza, Yayabo and Cayajana rivers.