Venezuela celebrates in Spain anniversary of the Act of Independence 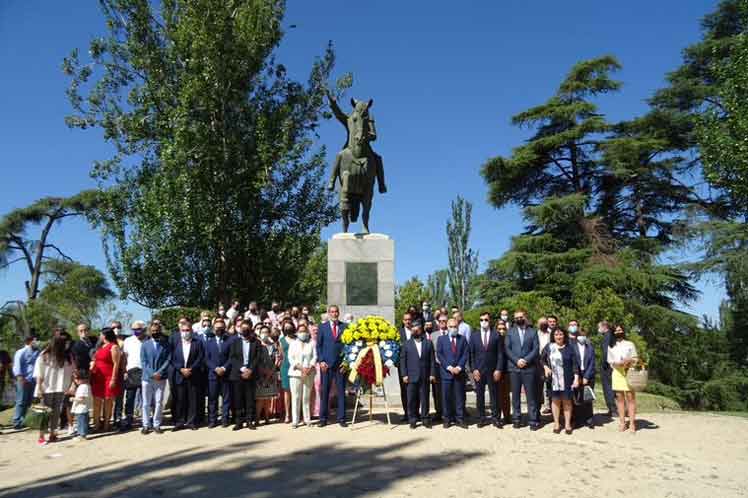 Venezuela celebrates in Spain anniversary of the Act of Independence

A special moment to remember that more than 200 years later, similar statements of the time are still valid today, with the hostility and attempts of asphyxiation to which the Bolivarian nation is subjected.

Remarks by the head of the Venezuelan diplomatic mission, Mauricio Rodriguez, at the conclusion of the meeting devoted to the laying of a wreath before the sculpture of the Liberator in the Spanish capital.

He made special reference to the situation faced by the South American country which, faithful to the legacy of Bolivar and the fighters for independence more than two centuries ago, is the object of permanent hostility.

He argued that with postulates similar to those of the Monroe Doctrine, an attempt is being made to asphyxiate not only Venezuela but also the integration mechanisms of Latin America and the Caribbean, with the application of extraterritorial laws.

Today my country and the Venezuelan people are victims of aggressions against the economy, finances, trade and health, said Rodriguez, who recalled the position of a UN expert.

Last February, the UN special rapporteur on unilateral coercive measures and human rights, Alena Douhan, urged the United States, the European Union and other States to withdraw sanctions against Venezuela.

Rodriguez was particularly grateful for the gesture of the Belarusian representation, which also delivered a bouquet of flowers at the Bolivar monument, as well as the presence of ambassadors from Cuba, Mexico, Nicaragua, Bolivia, China, Iran and Syria.

There were also diplomats from Palestine, Russia, Democratic People’s Republic of Korea and Turkey; from the Communist Party of Spain and from groups of solidarity and friendship with Venezuela, among others.