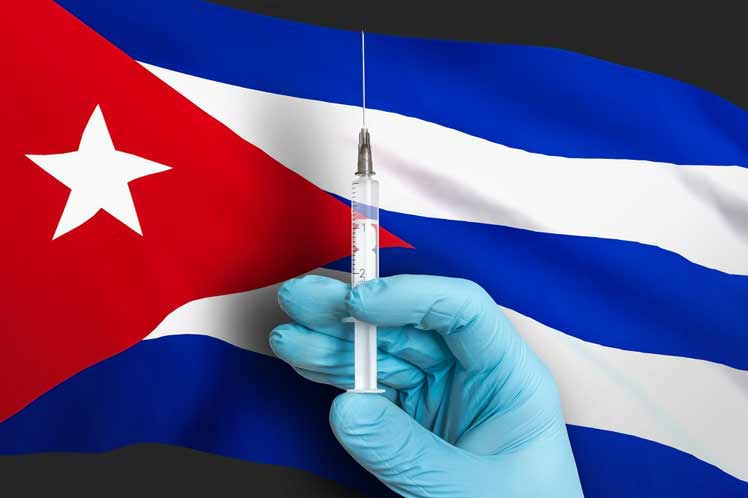 The daily stands out in an article that the Bolivia-Cuba Parliamentary Friendship Group began to raise funds to enable the purchase of syringes, under the slogan ‘The Blockade Kills, Your Solidarity Kills the Blockade.’

Legislators thus allude to the US economic, commercial and financial blockade against Cuba almost 60 years ago with the purpose of destroying the Revolution by forcing the people to suffer hardships in all areas of life.

The MP and president of the Parliamentary Friendship Group, Hector Arce, expressed his willingness to join this initiative in favor of Cubans, through which they could collect two million syringes.

Meanwhile, Hugo Ayala, representative of the Bolivian-Cuban Solidarity Movement, noted the support provided in several countries that joined the proposal.

Ayala detailed that in Mexico, Panama, Argentina and Brazil, people committed to collect economic resources for the purchase of one to two million syringes, and invited Bolivians to join the campaign, which ‘has a deadline for delivery on July 26,’ National Rebellion Day in Cuba.

The purchase will be directly from China, and will arrive in a ship to Cuba, Ayala explained, assuring that the shipment from Bolivia could be more expensive.

The newspaper praises the progress made by Cuba in clinical trials of its own vaccine for the country’s population aged 18 and under.

The US blockade against Cuba, rejected by the overwhelming majority of the international community, is considered the most unfair, severe and prolonged system of sanctions applied against any country, and has a high impact on the health of the Cuban population.

That measure denies the right to acquire technologies, raw materials, reagents, diagnostics, medicines, devices, equipment and spare parts necessary for the better functioning of its National Healthcare System, which must be obtained in geographically distant markets or through a third country, with a rise in costs.

In Covid-19 times, this policy, far from minimizing its impact, has been tightened to unprecedented levels; therefore, 2020 was the year with the greatest impact both in number and in examples, due to the repercussion that the measures have had in the fight against Covid-19.