US activists ask Biden to lift sanctions against Cuba 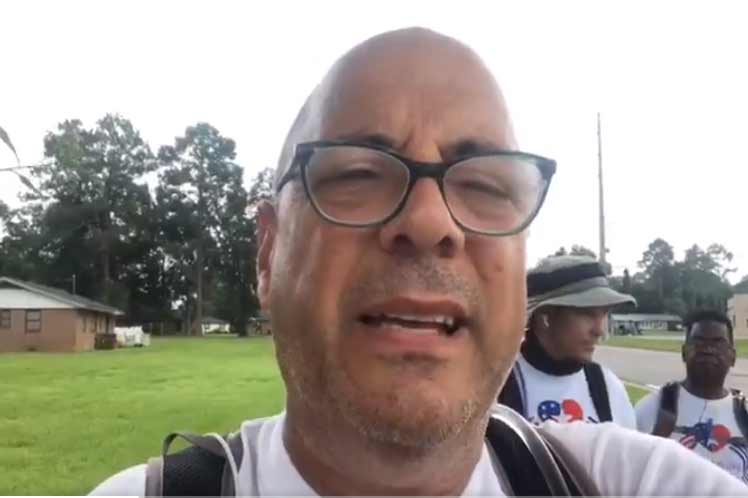 US activists ask Biden to lift sanctions against Cuba

In the audiovisual published on Twitter, they explain the reason for their pilgrimage of almost 2,000 kilometers to Washington D.C., activists reiterate to the Democratic president to honor his campaign promises regarding the change of the White House policy towards Cuba.

The message was immediately echoed, as it is part of the tweeting called on Monday by Cuban American activist Carlos Lazo, the project’s coordinator, who invited to share the video or make tweets with tags for Biden, Vice President Kamala Harris, First Lady Jill Biden and Secretary of State Antony Blinken.

In the footage, Biden is told that their pilgrimage aims to rally support for the lifting of sanctions on the Cuban family, the restoration of remittances and the family reunification program, and the reopening of consular services at the Washington embassy in Havana.

The Bridges of Love project also advocates for the resumption of flights from the United States to all Cuban provinces and for US citizens to travel freely to Cuba.

So far, the 243 coercive measures imposed by the Trump administration (2017-2021) remain in force, which mean a strengthening of the blockade that has weighed on Cubans for almost 60 years.

On Sunday, June 27, the Bridges of Love marchers left Miami, Florida, and are already in Georgia, where yesterday they held an emotional meeting with an African-American farmer leader from that southern state.

During the talk, Lazo noted, we learned a lot about the life, challenges and struggle of farm workers in the United States, and ‘it was a moment of solidarity, we talked about creating alliances with those groups, because the heart of America is there.’

I promised him that on July 25th when I speak in front of the White House I will mention the inequities to which they are subjected.

On that day, activists will also present the petition, available at www.puentesdeamor.com, which already has over 25,500 signatures of people who support the end of all coercive measures.

According to Lazo, while the Democratic president hesitates to fulfill what he promised during his electoral campaign, ‘our families have suffered and are suffering the punishment of economic sanctions.’