Creative cities of Cuba expose impact of Covid-19 at UNESCO 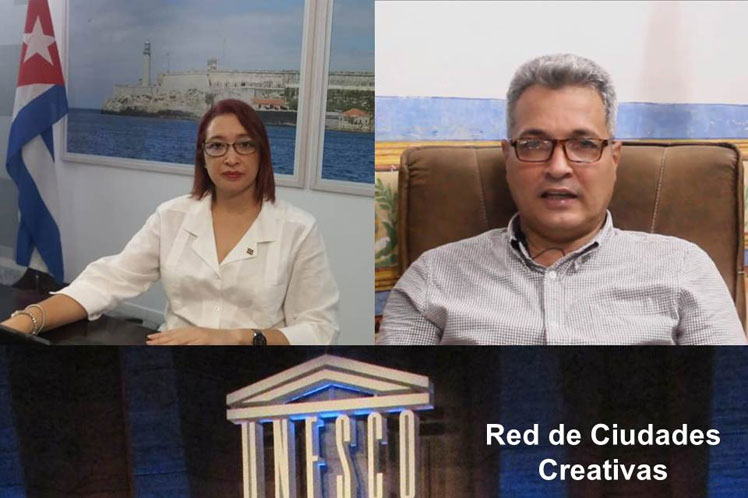 Creative cities of Cuba expose impact of Covid-19 at UNESCO

Speaking at a forum convened by the UN organization specializing in education, science and culture, the coordinator of the Government of the capital of the island Tatiana Viera recalled that the pandemic has been raging for 16 months, ‘submerging our cities into relative silence and immobility ‘.

In this sense, the official pointed out that the health crisis limited the daily live shows, the participation and massive enjoyment of the population, the face-to-face school plans and the entire deployment of economic actors who live off and for creativity.

For his part, the curator of Trinidad, Duznel Zerquera, stated in the two-day event that the heritage town located in the center-south of Cuba received more than 700 thousand annual visitors, creating a dependency on foreign tourism harshly felt in the context of Covid-19.

Crafts and culinary arts are among the worst hit sectors, he stressed at the meeting chaired by Unesco’s deputy director general for Culture, Ernesto Otonne.

The multilateral entity of the United Nations created in 2004 the Network of Creative Cities, which brings together more than 240 cities, to promote cooperation towards and between them, in order to bet on creativity as a strategic factor for sustainable urban development.

Cuba has in the applauded initiative Havana in the Music category and Trinidad in the Popular Arts and Crafts category.

According to Viera, in Havana, actions such as the use of virtual and television spaces for musical programming and artistic teaching plans, the monthly delivery of salary guarantees to artists in the sector, were adopted in the face of the pandemic and its consequences, the promotion of research and contact with other creative cities.

In the case of Trinidad, Zerquera mentioned among the initiatives the creation of the Women weaving their future project, dedicated to training and promoting exports that help reduce the economic impact of Covid-19.