Cuban President urges to be more effective against Covid-19 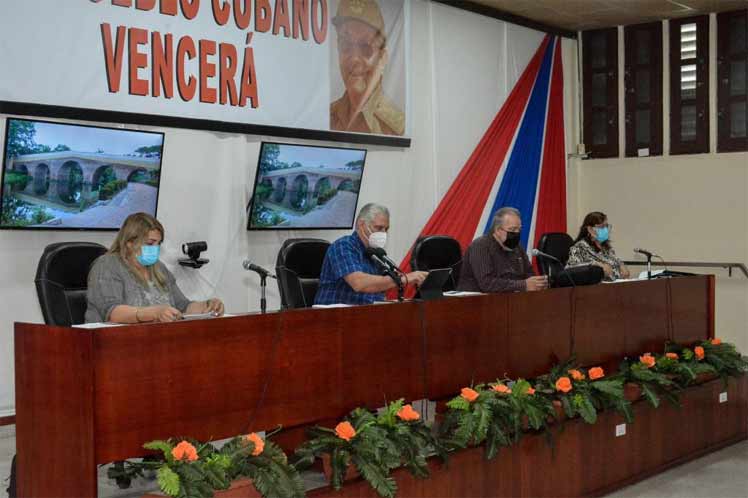 Cuban President urges to be more effective against Covid-19

Prime Minister, Manuel Marrero, several ministers and Deivy Pérez, member of the Central Committee and first secretary of the Party in the territory, and Governor Teresita Romero also participated in the assessment of the epidemiological situation. During the exchange, Díaz-Canel learned how the number of infected people has grown in recent weeks, and last Tuesday 218 new cases of Covid-19 were reported, further complicating the local scenario.

On this issue, the president demanded to increase capacities for the isolation of sick and suspicious people, even when the intensive care rooms for the pandemic are not saturated in the territory, he said.

Díaz-Canel recognized the stability that the province had had and demanded, without loss of time, to comply with the maximum requirement all the measures to advance in the control of the pandemic.

For his part, Prime Minister Manuel Marrero called for extreme closure measures, minimizing the mobility of people and transport, as well as working more effectively at the border points with other provinces.

The head of State makes a tour of the center of the country this Wednesday -Villa Clara, Sancti Spíritus and Cienfuegos- with the aim of verifying the measures that have been adopted to contain the epidemic facing its exponential increase.

He recently assured that no province is alone in the effort to face the pandemic, which is why he tours the most compromised territories.

The country’s strategy is to increase control of the measures implemented and strengthen support for the most affected territories.