López Obrador insists on prevention against rebound of Covid-19 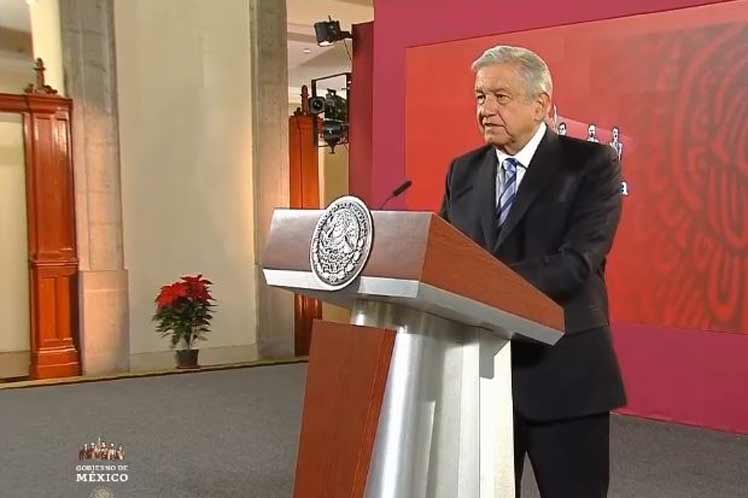 López Obrador insists on prevention against rebound of Covid-19

In his morning press conference at the National Palace, which he opened with extensive information on the progress of vaccination in the states bordering the United States in order to reopen the access between the two countries until now closed, the president admitted a relaxation of social discipline .

He pointed out that the rebound is in some states, not all, and the increase in cases occurs especially in young people, that is the new trend that is occurring in the country.

Young people have more endurance to the consequences of Covid-19, he said, but the truth is that there are more infections in several states, although fortunately there is no increase in deaths because vaccines have helped a lot.

He called on people who have not been vaccinated to reconsider their position and get immunized and become aware of the need for this step as it helps preserve life.

Regarding assistance to the victims’ families, the State, he said, continues with the known plans but reiterated that the most important one is that offered by the members of the own families among themselves, the most important social institution in the country.

He admitted that a general balance has not yet been made to determine the social damage caused by the pandemic, especially in education, the delays caused, also emotionally where the impact is great.

He announced that they will see the damage in education, especially when they fully resume classes and not only in those that have now been able to reactivate on-site because they are few.

Among the serious problems derived from the pandemic, he pointed to an increase in obesity, which was already serious in the country before Covid-19, but increased with the confinement of children and also adults at home.

He recalled that before the pandemic, in a tour to 80 state hospitals throughout the country, four programs began to be applied to young people that now their compliance is more important than ever: no to unwanted pregnancy, no to violence, no to drugs and no to consumption of junk products.

The pandemic, he admitted, has had a double effect because, in addition to the consequences of the disease, it exacerbates chronic comorbidities such as obesity, which makes people more likely to becoming ill and being a victim of Covid-19. That is established.

He assured that the confinement contributed to the fact that in more than a year there was no adequate diet or physical exercise in Mexico, and that obesity in children and young people increased, which, he indicated, must be fought against.