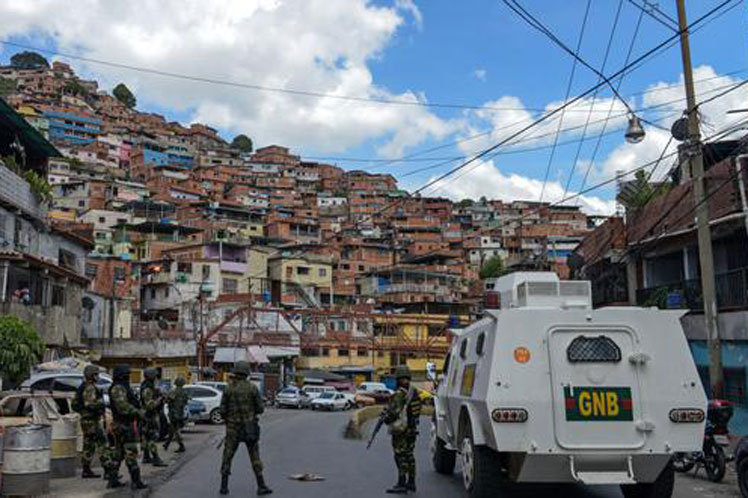 Since Wednesday afternoon, structured organized crime groups have been trying to undermine peace in the parishes of La Vega, Santa Rosalia, El Paraiso, San Juan and El Valle, the minister informed, noting that security forces will not rest until stability in Caracas is guaranteed.

Melendez explained that among the actions to be executed, traffic control is contemplated in the roads surrounding those areas, so she requested the people to avoid vehicular and pedestrian traffic.

‘The call is to remain safe, keep calm and trust in our State security institutions, as well as to disregard fake news and rumors, as they are part of the aggression against Citizen Peace,’ the minister tweeted.

On Wednesday afternoon, unidentified gangs started armed actions in the 905 elevation, a populated strip in the southwest of Caracas where the aforementioned parishes are located.

Detonations with weapons used by members of the gang led by a well-known Venezuelan criminal, ‘El Coqui’, began with an attack on the Bolivarian National Intelligence Service (SEBIN), as a result of which a female officer was wounded, according to official reports.

There were at least three deaths and several drivers were injured due to the shooting, which persists until this morning, with attacks to police headquarters, official reports referred.