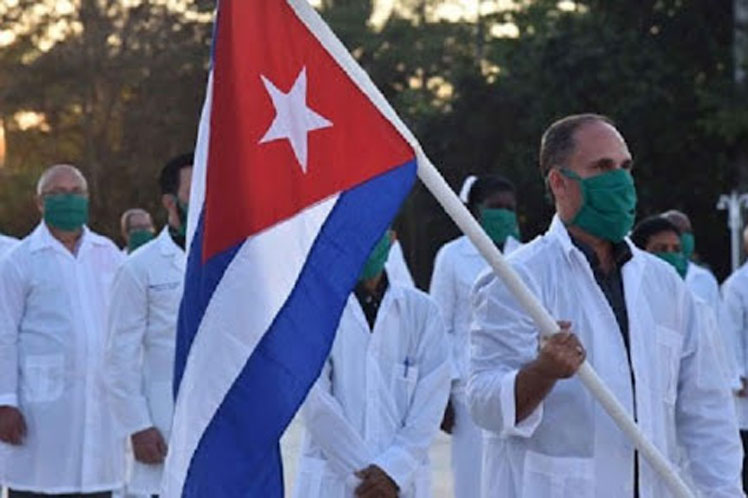 Rodriguez pointed out in his Twitter account that while the people and the country’s leadership fight against the disease and allocate all resources to health, those who blockade the country and their acolytes try to carry out these communicative crusades.

‘In spite of the economic asphyxia and media opportunism, no one in our country is, nor will be left helpless,’ added the Minister of Foreign Affairs.

For his part, the head of the Foreign Ministry’s Directorate of Consular Affairs and Cubans Living Abroad, Ernesto Soberon, in response to those who say that the island refuses to accept solidarity aid, recalled that during the pandemic, nationals living in other countries have sent various donations.

According to information from Cuba’s Ministry of Foreign Trade and Foreign Investment, in the last four years cooperation reached an annual rate of 200 million pesos in freely convertible currencies and, in 2020 alone, there were more than 400 offers from 27 countries and eight agencies.

‘Cuba practices solidarity inside and outside its borders, how could it refuse to receive it,’ said Deputy Foreign Minister Anayansi Rodriguez, and remarked that sincere and disinterested aid will always be welcome.

Meanwhile, Johana Tablada, from the US Foreign Affairs Department pointed out that the real objective of the current campaigns is to divert attention from the responsibility of the economic blockade maintained by Washington on the damage to the wellbeing and health of Cubans.

According to the island’s authorities, such policy, and the more than 240 coercive measures applied by Donald Trump’s administration (2017-2021) and still in force, hinder Cuba’s access to medicines, supplies and medical equipment needed against Covid-19.