Action in the streets of Cuba against interventionist agenda 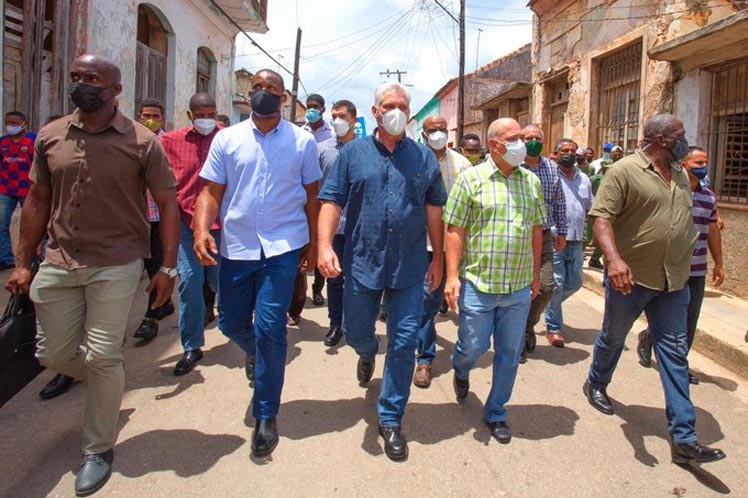 Action in the streets of Cuba against interventionist agenda

Through his official Twitter account, he denounced the operations of people who manipulate the feelings of the people with the material deficits caused mainly by the United States blockade and the outbreaks of the Covid-19 pandemic.

‘The counterrevolution dreams of a war among Cubans. We are not going to indulge them,’ he emphasized in another tweet, referring to the fact that the Caribbean nation will emerge from the current situation with unity, discipline and work.

In addition, he assured that whoever attacks law enforcement officers, attacks the country.

On this day, Díaz-Canel appeared on the national TV and radio network and denounced the existence for several weeks of a media campaign, mainly organized on social networks, to manipulate feelings, create disagreement and stimulate protests in Cuba.

He assured that promoters of this initiative opportunistically used as arguments the deficiencies generated by the economic, commercial and financial blockade imposed by the United States on Havana, considered the main obstacle to the development of the island territory.

The president pointed out that the nation is victim of an unconventional war strategy with the aim of fracturing the unity between the people, the Government and the Communist Party of Cuba, against which he reiterated the right and duty of the island to defend its socialist project.

The day before, Cubans took to the streets to express their support for the Revolution, in response to the provocations that occurred in different parts of the national geography instigated through digital platforms.