Campaign against Cuba is based on lies said Cuban Minister 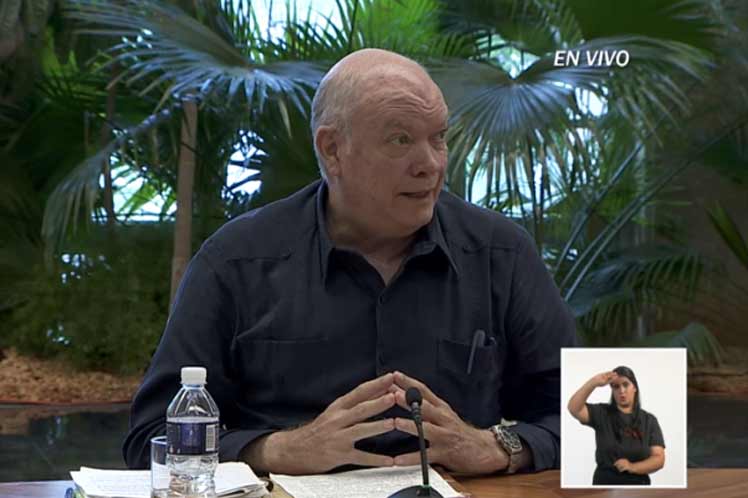 Campaign against Cuba is based on lies said Cuban Minister

Havana, Jul 12 (Prensa Latina) The Minister of Foreign Trade and Foreign Investment of Cuba, Rodrigo Malmierca, said today that the campaign related to aid to his country is based on lies and manipulation.

In a press conference, the head of the cooperation branch added those who affirm that the Antillean island denies the entry of cargo, go against a history of decades of offering and accepting solidarity.

Malmierca explained that in the months of the Covid-19 pandemic, the Caribbean nation received more than 500 offers of collaboration from 50 countries, which amount to 45 million dollars.

He said that most of the shipments correspond to medicines, expendable material and medical equipment, among which he highlighted the donation of lung ventilators made by the Chinese Government.

Nations such as Venezuela, Russia, Canada, Spain, India, South Africa, Qatar and the United Arab Emirates are among those that offered their hand to Cuba at this stage, he detailed.

In addition, he commented that the account enabled in the International Financial Bank since November 2020, also received funds for values ​​of around one and a half million dollars.

He emphasized that the main obstacle to the arrival of aid to the Antillean island is not the Cuban government, but the economic, commercial and financial blockade of the United States, which affects financial transfers and the transfer of donations that come from abroad.

He recognized the efforts of Cubans living abroad, who in a coordinated manner have provided supplies for the health system and other resources.

Among the latter, he highlighted the mixed entity MCV Comercial S.A., which sent a batch of ambulances to the health system and announced that another group is already on the way to the country.

The minister also insisted on the transparency with which the Caribbean nation acts in this area, especially in the distribution of resources and the use of these in the priorities of its economic and social development.