Cubans and Mexicans against mercenaries and in favor of the Revolution 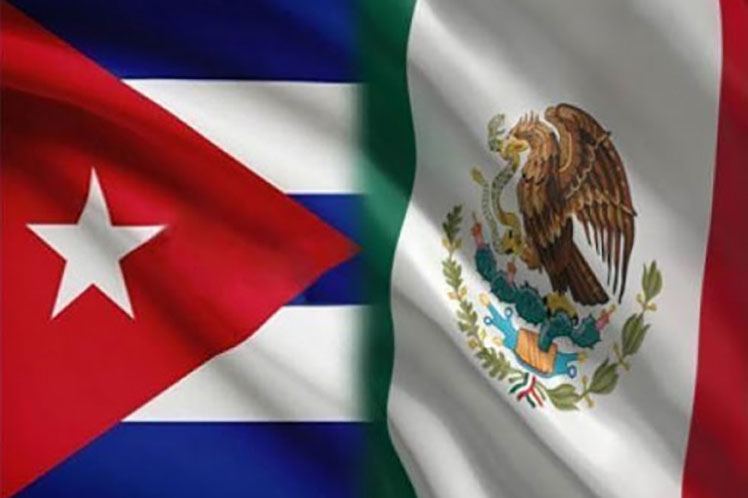 Cubans and Mexicans against mercenaries and in favor of the Revolution

The call was made for 3:00 p.m. local time, by the Jose Marti Association of Cuban Residents in Mexico, the Mexican Movement of Solidarity with Cuba, the ‘Va por Cuba’ Promoter, the Independent Proletarian Movement, trade unions and other civil organizations that are friends of the Cuban people.

According to its organizers, the Mexican forces and Cuban residents are prepared to face threats from counter-revolutionary groups in Mexico paid from Miami, who announced that they will appear in front of the Cuban embassy in the Polanco neighborhood to support the mercenaries who committed acts of vandalism in some places in Cuba on Sunday.

For their part, political parties, organizations and national union and party leaders condemned the actions of the groups and warned about the danger to regional peace posed by the consequences that could result from the new provocation organized, directed and financed from the United States.

The national leader of the ruling Morena party, Yeidckol Planvsky, condemned these events in a message on Twitter, in which she supports the decision of the Cuban people to back the Revolution and assures that Cuba will always win.

Meanwhile, the Communist Party of Mexico issued a statement, in which it denounces the acts of violence carried out on Sunday by mercenary elements and warns that the United States has once again activated the script of provocation against the Cuban people and the Cuban Revolution.

Clearly, she points out, one can see the strings pulling the counter-revolutionary action. Here the idea that President Joe Biden represented a less aggressive version of imperialism, a negative illusion promoted by social democracy, falls apart

The Communist Party of Mexico, she adds, expresses its full solidarity with the people of Cuba, condemns any interference by imperialism, both the United States and the European Union, as well as our determination to actively participate in defense of the Cuban Revolution and its achievements.