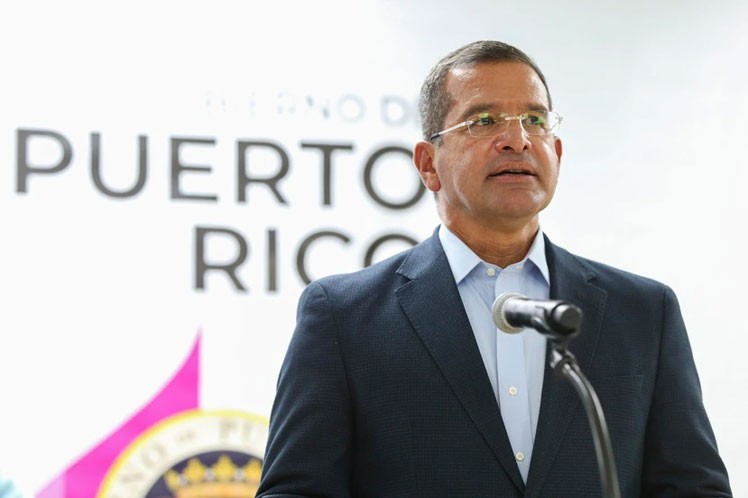 Pressured by the Fiscal Oversight Board (FOSB), imposed by the United States through the Promesa Law in the face of the fiscal bankruptcy of this Caribbean island under its colonial rule, the Puerto Rican governor backed down and now seeks to annul the enforcement of the law with a new measure.

Faced with the threat of a lawsuit from the federal fiscal control board, (Pierluisi) knelt down and presented a measure that remove the guarantees of the provision that, in turn, allowed for a fair agreement that protected essential services to the people,’ Mercedes Martinez Padilla, president of the FMPR, said.

He ratified that Pierluisi, who was a lawyer for the FOSB before becoming governor of Puerto Rico at the head of the annexationist New Progressive Party (NPP), ‘has betrayed the country, which unanimously supports the Law for a Dignified Retirement.’

He added that the president’s proposal to approve another measure ‘leaves the country in the hands of the vulture bondholders; it does not protect the basic needs of the people, such as health, education, security and job opportunities, nor does it provide for economic development.’

Martinez Padilla pointed out that the governor’s proposal does not even protect pensions from cuts, since it stipulates that the payment of the debt with the vulture (funds) comes before pensions.

In addition, in case of a new non-payment, pensioners will continue to be uninsured debtors and their benefits will be subject to cuts, the union leader stated.

The FMPR called on teachers and workers to march tomorrow, Tuesday, July 13, from the federal building to the offices of the fiscal control board in the so-called Golden Mile, in the banking sector of Hato Rey.

Biden and Obama team up at White House to tout Obamacare

Biden and Obama team up at White House to tout Obamacare