Cuba in the manufactured script of social networks 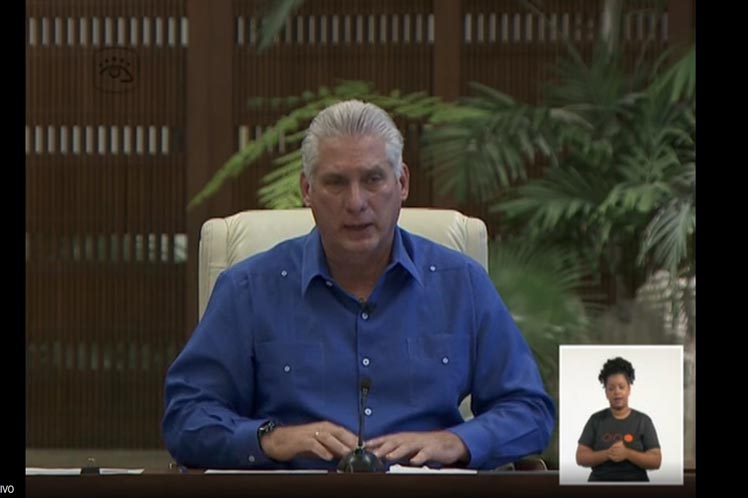 Cuba in the manufactured script of social networks

In a special appearance, President Miguel Díaz-Canel called to face provocations, while raising pressure on these opportunist spaces in the context of economic crisis and the rebound of COVID-19 cases.

Meanwhile, Foreign Minister Bruno Rodríguez denounced the involvement of the war of information from the United States against the country proposing a supposed humanitarian intervention.

In this regard, he challenged Washington to deny the links of a company established in Florida with the SOS Cuba campaign, which promotes the call to an action with the use of foreign force.

This entity, denounced the minister, received a few days ago a certificate from the Florida Government to act with state funds.

Rodríguez also demanded an explanation of the Twitter social network for mass multiplication of messages as part of this crusade, resource that violates the publication policies of the network.

‘Twitter did not apply its own regulations even when they had been called to support magnicide and violence,’ he added.

Among other manufactured facts, the networks served to ensure that the Guantanamo naval base, usurped territory of Cuba, received fleets from combat vessels waiting for an intervention order.

The Cubadebate portal dismissed the use of images that were trying to show a massive response against the revolution when in reality they were snapshots of a celebration in Buenos Aires due to the recent triumph in the Copa America and protests in Egypt years ago.

At the same time, Twitter and Facebook launched announcements alarming of higher unemployment in a country that began its week in normality.

False announcements of illegal trips in boats from the United States looking to incite Cubans interested in leaving the country and invasions expected in the limits of territorial waters were also added to the virtual script to generate chaos.

However, publications dodge the looting of stores or vandalic acts against police patrol cars, the eve, resulting from the call to encourage a revolt, denounced by President Diaz-Canel himself.

Among other international actors, the Russian Foreign Ministry, the presidents of Bolivia, Luis Arce, and of Mexico, Andrés Manuel López, as well as the Government of Nicaragua expressed support to Havana.

‘We consider unacceptable external interference in the internal affairs of a sovereign state and any other destructive action that encourages the destabilization of the situation on the island,’ warned the spokesman for the Ministry of Foreign Affairs of Russia, María Zajárova.

Cuba is an independent and sovereign free country, there should be no interventionism, nor use the people’s health situation for political purposes, Zajarova underlined.