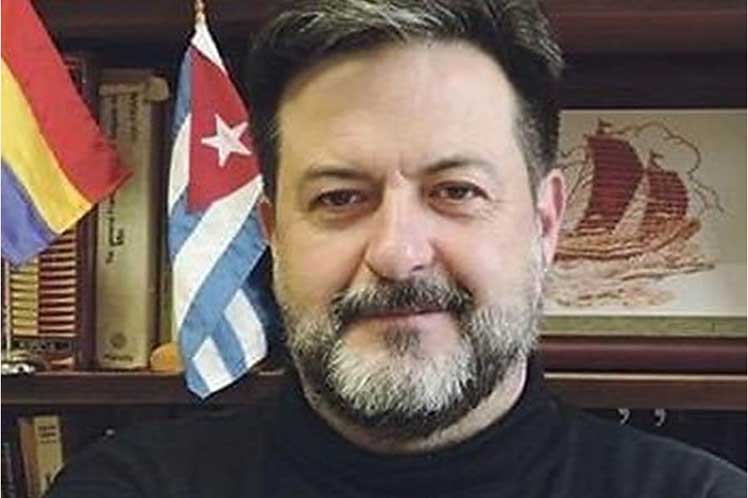 In an interview with Prensa Latina, Pineda, who is a member of the United Left party in the European Parliament, warned that no one should be surprised by the new crusade to overthrow the Cuban Revolution, which he considered an example of resistance and victory, despite the extreme circumstances the country is facing, particularly, the blockade imposed by the United States.

Pineda stressed that Washington’s economic, commercial and financial blockade is the core of Cuba’s problems, and its impact grew amid the Covid-19 pandemic.

According to the vice president of the Cuba Friendship and Solidarity Group in the European Parliament, this scenario marked by the consequences of the blockade and the health crisis generates civil unrest, a legitimate reaction from which the promoters and executors of the destabilization try to benefit.

Pineda ratified his support to Cuba and its Revolution, and insisted on supporting the people, the Government and the Communist Party, recognizing their work to face difficulties and their solidarity with other countries hit by Covid-19, including Andorra and Italy, in Europe.

He highlighted the development of five Cuban-made Covid-19 vaccine candidates, despite the hard situation in the country.

This campaign is hypocritical, because Cuba does not send weapons, soldiers and wars for the planet, but doctors and teachers, he told Prensa Latina.

For Pineda, the crusade seeks to distance US President Joe Biden from any approach on Cuba and his promises to change some of the measures adopted by his predecessor, Donald Trump. The Spanish MEP stated that the recent position by the US president does not call for optimism; however, he reiterated that Washington should resume the path towards the normalization of relations and opt for non-interference.

Pineda reaffirmed his support for Cuba and its Revolution, and called to denounce the destabilizing crusade ‘with all means we have at our disposal.’