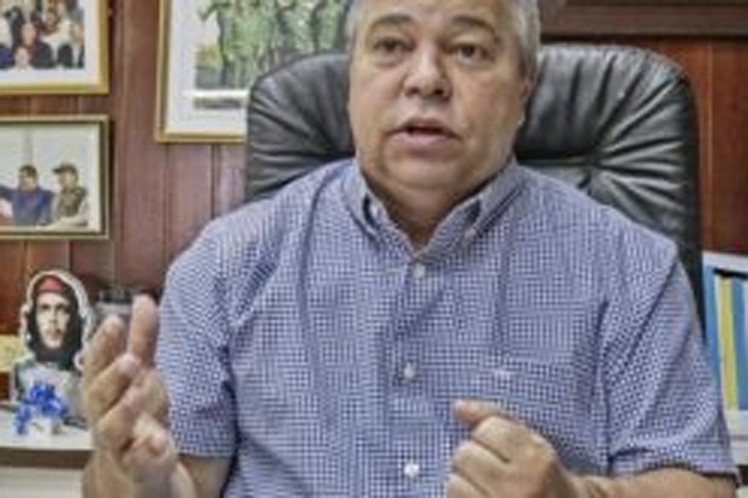 ‘We are encouraged to count on the unconditional backing and support of friendly trade union organizations,’ the trade union leader expressed at the virtual international conference in solidarity with the Cuban people, arranged by the World Federation of Trade Unions (WFTU).

Guilarte, who is also a member of the Political Bureau of the Communist Party of Cuba, denounced that his country is currently facing ‘well designed and heavily financed’ plans by the United States to act ‘with unprecedented ferocity and impunity’ in the multiple platforms that make up the complex contemporary media scenario.

He added, ‘We are not surprised because those actions are no different from the strategies of manipulation and distortion of reality and deception that are used every day to confuse and demobilize social fighters and the peoples of our region.’

He pointed out that the promotion of fake news, as part of the deployment of actions contained in the unconventional warfare manual, aims to convince the international public opinion that ‘there has been a social outburst in Cuba’, which requires a humanitarian intervention or ‘it is the same as saying a military intervention.’

They are wrong again, by disregarding our independent, free and sovereign nation, he noted.

The Cuban union leader highlighted that, taking advantage of the current conditions, disturbances and disorders took place on July 11 in several cities of the country, which were generated by the development of a political communication operation at the price of violence.

Those incidents ‘are condemnable,’ and rejected by all the people. ‘We have the legitimate right to defend ourselves,’ he underscored.

Guilarte affirmed that Cuba has been making sustained efforts for years to update its model as a socialist State of law and social justice, and acknowledged the shortages and limitations present today in the country to guarantee a stable supply of food, medicines, care products and other essential consumer goods.

We have also gone through a deficit in power generation due to the limitations in the purchase of fuel and the lack of spare parts, he pointed out.

He expressed that under those complex circumstances, tens of millions of workers in tourism, the artistic sector, working mothers, and the private sector received salary guarantees and tax incentives in the face of the reduction in the levels of productive activity or the closure of activities due to the Covid-19 pandemic.

The demand from the Cuban trade union movement is ‘to leave us in peace, let us live without blockade, that the persecution of our commercial and financial ties with the rest of the world ends,’ he underscored.

Guilarte ratified that the Cuban Revolution, along with its working class, will continue defending without rest and with equal firmness and determination the fair causes raised in Latin America and in other regions of the world under the conviction that a better world is possible.