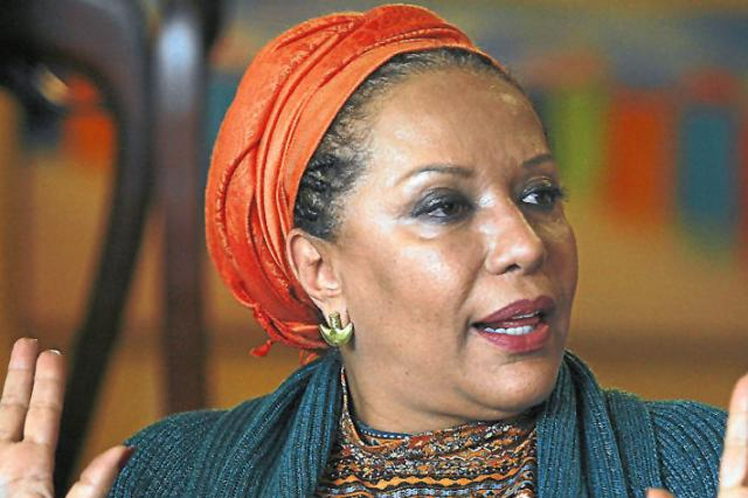 In an article in Las 2 Orillas newspaper, she assured that the same people who applaud the massacres perpetrated by Ivan Duque and his public force, accuse Cuban President Miguel Diaz-Canel of repression in the face of the July 11 riots that aspired to repeat the Ukrainian soft coup model and turn the Malecon into the new Maidan Square.

The same people who minimize the mass protests in Ecuador and Colombia, put a magnifying glass on the demonstrations in Cuba and Florida, while hiding the mass mobilizations in support of the Cuban Revolution in all provinces of the country, she said.

Cordoba added that those people who present the protests in Cuba by pro-American forces as the Cuban ‘spring,’ are silent about the mobilization to the headquarters of the US Southern Command – with Marco Rubio at the head – which demanded military intervention on the country.

The former senator recalled that, for the umpteenth time, the big media emporiums of the world unfold the fall of the ‘regime’ in Havana amid an alleged spontaneous social outburst.

She emphasized that since the Platt Amendment until today, Cuba has been understood by the US empire as a natural extension of its territory.

‘The US torture military base in Guantanamo, which is still active on Cuban territory, is perhaps the most eloquent vestige of the suffering from the Big Stick Doctrine in all of Our Americas,’ she highlighted.

The former senator recalled the US aggressive policy on Cuba since the triumph of the Revolution in 1959.

She mentioned the fight against bandits in El Escambray and other irregular groups financed directly from Miami, the frustrated plans to assassinate Fidel Castro, declassified by the CIA, the plans of organizations such as ‘Brothers to the Rescue’ that were revealed thanks to the work of the Five Heroes who arrested later in the United States.

The activist affirmed that unlike the McCarthyist paranoia of the Colombian right wing, the Cuban government has more than enough experience to identify the external influence in situations of political destabilization, which have the US blockade as a determining trigger.

‘The Cuban people claim to overcome the socioeconomic hardships, most of which are essentially the responsibility of the US economic blockade tightened by the Donald Trump administration and left intact so far by the inertia of President Joe Biden’s foreign policy.’