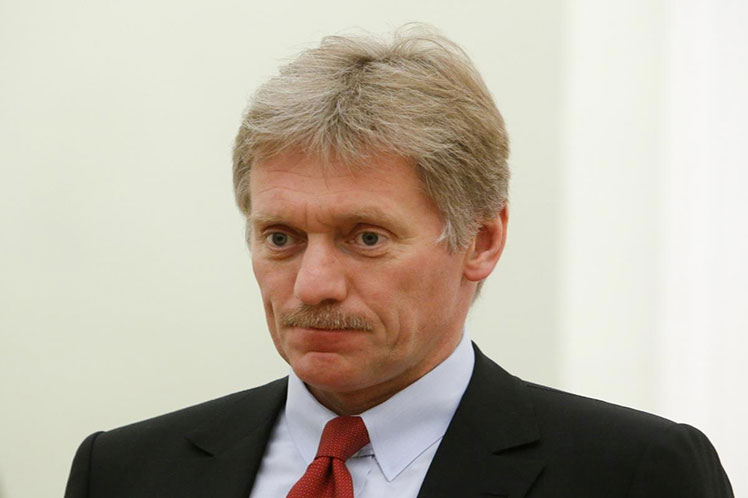 Speaking to journalists, the politician pointed out that yesterday’s agreement between the United States and Germany on the Nord Stream 2 gas pipeline, mentioned the possibility of Russia using energy as a weapon of political pressure.

Regarding the document, Berlin declared that it would use all the influences at its disposal to contribute to the extension for 10 years of the agreement on the transit of gas through Ukraine.

In this regard, press officer of the Russian Presidency commented that in this context Moscow is not mentioned in the document, ‘although this agreement can be extended only by Ukraine and Russia’.

He recalled that Putin declared that the country would be willing to analyze the issue of the extension.

According to Peskov, Russia would like the West to call Ukraine’s attention to ensure viable economic conditions with a view of continuing the transit of Russian gas through its territory.

He emphasized that Russia ‘would like’ to see in that statement a message to Ukraine to show a responsible position. ‘Unfortunately, we don’t see it’, he said.

Also this Thursday, Russian ambassador in Washington, Anatoli Antonov, rejected the threats of sanctions and accusations against his country, included in the recent agreement between the United States and Germany on the Nord Stream 2 project, in statements to the press published on the website on Facebook from that diplomatic office.

He assured that the hostile tone towards his country of the declaration contradicts the spirit of talks between President Putin and his US counterpart, Joseph Biden, on June 16, in Geneva.

‘Attempts to present ourselves as an aggressor and a country that carries out malicious activities have become the hallmark of Russophobes. The threats directed at us are unfounded and useless,’ Antonov said.

He underlined that Russia has proven to be a reliable partner over many years of honest interaction with Europe and other hydrocarbon consumers.