Cuba calls for evidence on alleged disappeared or arrested minors 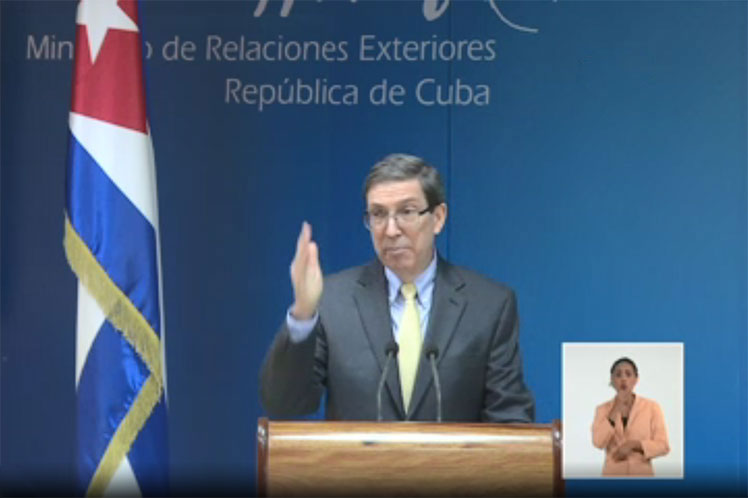 Cuba calls for evidence on alleged disappeared or arrested minors

At a press conference, Bruno Rodriguez went over again that legal guarantees and investigation treatment of those arrested after the Jul. 11 insurrection are being strictly fulfilled.

‘Most of them are released, fined or even under cautionary measures, for which I also strongly reject there has been a case of torture and I call on anybody to prove evidence on that,’ he added.

Rodríguez claimed that Cuba’s law enforcement officers acted in accordance with the law, ‘with minimum of force in the face of vandalism and violence that caused injuries to policemen and Cuban citizens.’

He recalled that in the world, specifically in South American countries, there have been thousands of killings of community leaders, social defenders, false positives, civilians, and he rejected that such a scenario is happening in Cuba.

‘It is not in Cuba where updated means of repression were used against riots,’ he alleged.

In the same way, Bruno invited to report objectively the conditions of absolute peace in the country in spite of hostile conditions.

Plus, he reiterated that the United States is lying when it speaks of peaceful rioters, avoids talking about vandalisms and is unaware of Florida´s links to financing and promotion of violence in Cuba.

‘It is an act of interference in our internal affairs and violates International Law,’ he condemned.