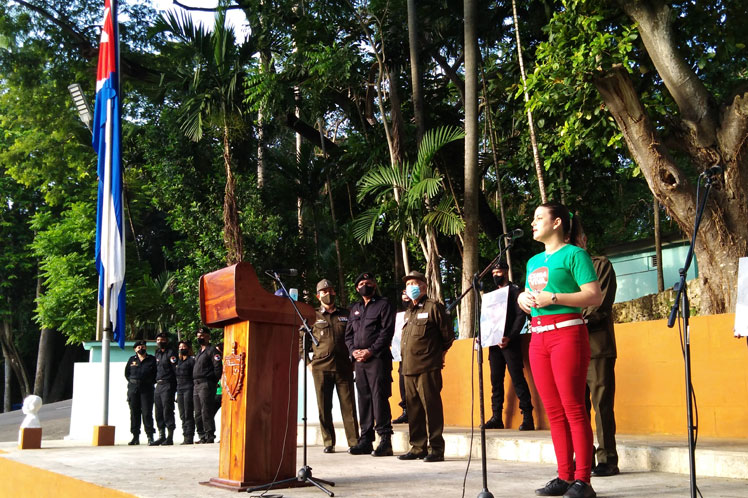 At a ceremony held in Havana, participants rejected the recent measures taken by US President Joseph Biden against the minister of the Revolutionary Armed Forces (MINFAR), Alvaro Lopez Miera, and the Special Brigade, which is attacked to the MININT. 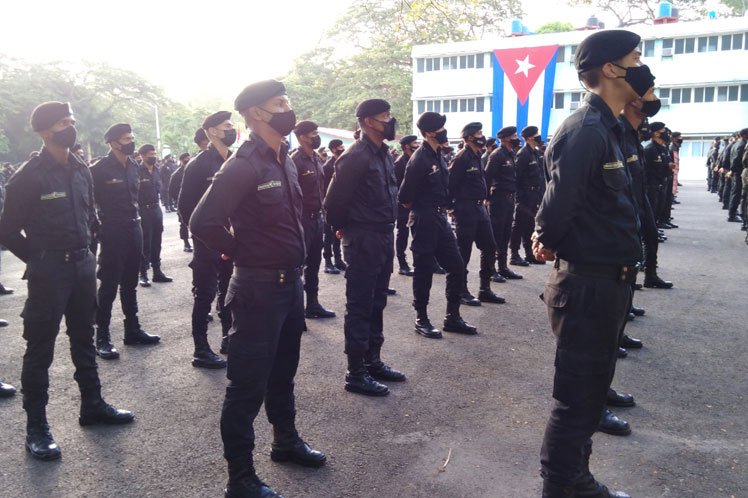 They called Washington’s foreign policy on Cuba hypocritical and cynical, and added that in Cuba, there was no repression during the July 11 riots, nor massacres, such as those seen in Chile and Colombia, ‘countries that violate human rights but are not sanctioned as their rulers are lackeys of the United States,’ they remarked.

Likewise, they responded to the fabricated smear campaigns to demonize the socialist project, and condemned the coercive measures imposed by the White House for 62 years to try to suffocate Cuba.

‘Under the accurate direction of our chiefs, cohesive and firm, we faced and neutralized the disturbances, and the greatest recognition was given by the people, who thanked the presence of the National Special Brigade,’ they said. As part of the event, the second secretary of the Union of Young Communists, Aylin Alvarez, recalled that the July 11 events allowed us to see the true face of US aspirations and disturbed the calm of citizens.

‘We do not want a country with hatred or violence,’ she asserted, and emphasized that when the Brigade arrived at the places where there were vandalism, the ‘people applauded then because they felt that order had come with them.’

The National Special Brigade was founded in 1980 and focuses on confronting crime, fulfilling missions to capture highly dangerous citizens, rescuing people in the midst of disaster situations, and acting in an unconventional war scenario.

All its operations are in strict respect of the Constitution of the Republic and there is a rational use of force, specified members of the Brigade.