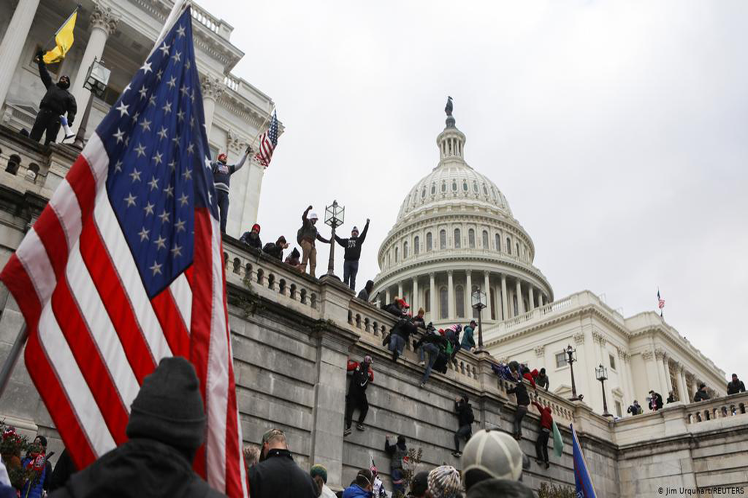 Washington, Jul 23 (Prensa Latina) Plans for a bipartisan committee probing the Jan. 6 insurrection is in disarray after House Speaker Nancy Pelosi (D-Calif.) moved to block two controversial Republicans appointed by Minority Leader Kevin McCarthy (R-Calif.) from sitting on the panel — paving the way for two separate and largely partisan investigations of the violent attack on the Capitol.
Share on facebook
Share on twitter
Share on whatsapp
Share on telegram
Share on email

Pelosi assured on Thursday at a press conference that the committee ‘will do the job it should do,’ that is, investigate the causes and organization of what happened on January 6, when hundreds of former President Donald Trump´s supporters stormed Capitol.

Pelosi called on McCarthy to name two new Republicans to the committee after refusing to appoint conservative Reps. Jim Jordan (R-Ohio) and Jim Banks (R-Ind.), a privilege she has as speaker. As staunch backers of former president Donald Trump, both members voted against his impeachment and pushed to overturn the election results certifying Joe Biden as president.

However, McCarthy threatened to withdraw all his appointments from the committee, which could reduce credibility of the investigation into what happened when Trump supporters stormed Capitol.

After GOPers in the Senate blocked legislation to establish an independent bipartisan commission in May, House Democrats decided to move on with the proposal for a select committee.