Wave against the blockade on Cuba goes rises in the US 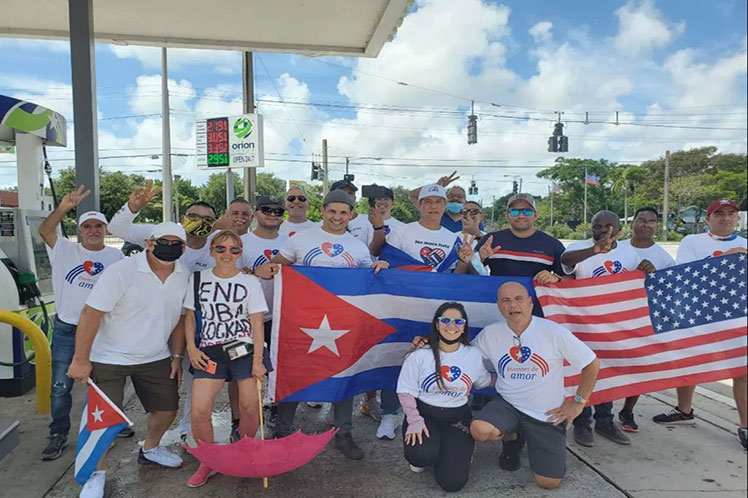 Wave against the blockade on Cuba goes rises in the US

Washington, Jul 25 (Prensa Latina) A demonstration in front of the White House and caravans in cities of Washington and California states are part of the wave that, from east to west, is taking place throughout the United States on Sunday to call for the end of the blockade against Cuba.
Share on facebook
Share on twitter
Share on whatsapp
Share on telegram
Share on email

After a journey of 2,000 kilometers and almost a month of an unprecedented walk, Cuban-Americans who are part of the Bridges of Love project will raise their voices from the emblematic Lafayette Square in front of the White House, in this capital, to deliver their demands and a petition signed by more than 27,000 people.

This effort will be supported by other solidarity groups with Cuba that will also travel here while different supportive actions will take place in different parts of the US.

Professor Carlos Lazo, coordinator of the Bridges of Love project, has told Prensa Latina, along the walk from Miami to Washington DC, that the sentiment against the blockade was common in every place they arrived.

He insisted that President Joe Biden must fulfill his campaign promise because he said he would bring about a change in the Cuba policy, and his administration still maintains the 243 coercive measures ordered by Donald Trump, which meant a tightening of the unilateral blockade.

We want to send remittances, consular services to be reopened at the embassy in Havana, flights to all Cuban provinces to be resumed, the family reunification plan to be reestablished and Americans to travel freely to Cuba, he stressed.

Meanwhile, the appeal for the car and bicycle caravan in San Francisco and Los Angeles, in California, and in Seattle, in the state of Washington, will have as its main slogans: ‘End the U.S. blockade of Cuba!’ and ‘U.S. Hands off Cuba!’