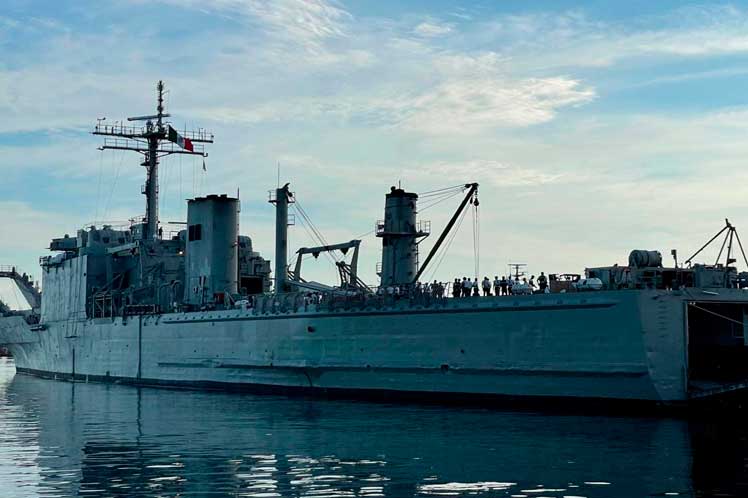 Yesterday, July 26, the 68th anniversary of the assault on the Moncada and Carlos Manuel de Céspedes barracks that started the Cuban Revolution led by Fidel Castro, the José María Morelos II left, with 100,000 barrels of diesel to supply energy to hospitals in Cuba.

That of this Tuesday carries medical material such as syringes, oxygen tanks and mouth covers, to attend the health emergency and supplies such as powdered milk, beans, wheat flour, cans of tuna and edible oil, and tomorrow’s will carry a similar load.

A press release from the Foreign Ministry indicates that the government of Mexico, in its capacity as president pro tempore of the Community of Latin American and Caribbean States (Celac), has developed, in conjunction with member countries, multiple international cooperation actions for the development in favor of member countries of Latin America and Caribbean region.

In this regard, he adds, within the framework of the Basic Agreement on Cooperation for Development between the governments of Mexico and that of Cuba, the Agency carries out International Cooperation and Humanitarian Assistance actions in favor of Cubans in order to help mitigate the effects generated. by Covid-19.

The foregoing, he adds, in congruence with the policy of the Mexican government of international solidarity to support the Cuban people in the face of the social, economic and health situation they are currently experiencing and considering the needs of the Cuban hospital system.

It is very symbolic that the ships with aid to Cuba set sail from the ports of Veracruz, the state from which the yacht Granma departed in Tuxpan, with the 82 expedition members led by Commander-in-Chief Fidel Castro, after their training in Mexican lands.