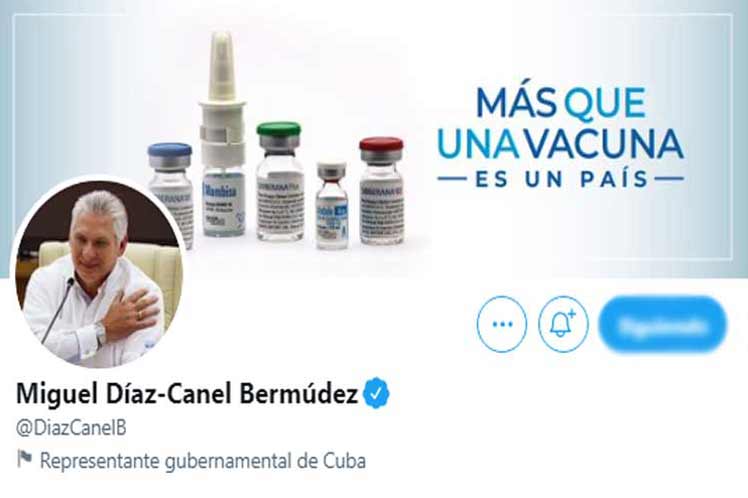 On his Twitter account, the president also wrote: ‘Have the peaceful protesters against the Cuban Revolution come to Paris with the encouragement of the anti-Cuban campaigns generated in Washington?’

On Monday, at 23:45 hours, local time, three Molotov cocktails were thrown at the office in Paris, two hit the outer perimeter of the Embassy and one did not enter the building.

As a consequence, a fire occurred, which the diplomatic mission officials put out.

Cuban Foreign Minister Bruno Rodriguez denounced the terrorist act and held the US Government responsible for those events, due to its continuous campaigns of hatred and violence against the Caribbean nation, which encourage such conduct.

Since the beginning of the Revolution, on January 1, 1959, groups financed and trained by the US Central Intelligence Agency conceived and carried out several terrorist attacks.

According to the Demand by the Cuban people to the United States Government for human damages, submitted in Havana on May 31, 1999, terrorism has been a permanent instrument by the White House foreign policy against the Caribbean country.

Cuba has been the target of sabotage, pirate attacks against coastal facilities, merchant ships and fishing boats; in addition to attacks on Cuban offices and personnel abroad, included diplomatic headquarters and airplanes.

On April 30, 2020, the Cuban Embassy in Washington was riddled with bullets, without a statement from the United States about the issue.