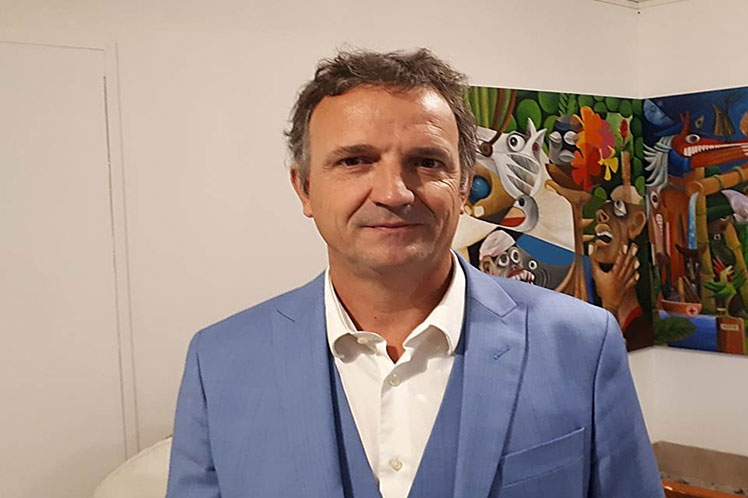 When intervening in the YouTube program, the member of the French National Assembly (parliament) recalled that families, including children, live at the headquarters of the Cuban diplomatic mission in Paris and people there may have lost their lives or received injuries from this act of sabotage.

Lambert denounced the more than 240 measures implemented through the blockade against the Caribbean nation by the US government of Donald Trump, which have not been eliminated by President Joe Biden, and which are supported by the most reactionary and right-wing groups in that country.

He warned that the forces that today condemn and criticize the Cuban Government are the same ones that do not allow it to face Covid-19 with the restriction on the purchase of medical equipment and resources to fight the pandemic, in addition to the impact of sanctions on your economy.

The French deputy stressed that despite the blockade, Cuba developed its own vaccines against the SARS-Cov-2 coronavirus and will be able to produce one million doses for its population and other countries.

In this sense, he stressed that with its blockade, the United States Government not only attacks the Caribbean nation, but the entire world.

Lambert explained that Washington’s policy towards the island is part of the Monroe Doctrine, according to which Latin America and within it Cuba must, by definition, be the territory of its complete influence.

For the MEP, Cubans must solve their internal problems without external interference, so ‘any mobilization for Cuba can count on me,’ he said.

On the subject, Stephane Witkowski, a member of the board of the Institute for Latin American Studies, in France, emphasized that the root of the problems that the Antillean nation is currently facing is in the economic, commercial and financial blockade of the United States.

He explained that behind the ‘totally false’ pretext of promoting democracy in Cuba, Washington ‘maintains a very concrete and tough policy’, to which have been added the consequences of the pandemic, and the deficit in the arrival of foreign currency to the country ‘ .

For the French academic, an evident example of the violent and hateful speech against Cuba was the pronouncement of the mayor of Miami, Francis Suárez, who on July 15 suggested to the US president that he consider ‘bombing Cuba.’