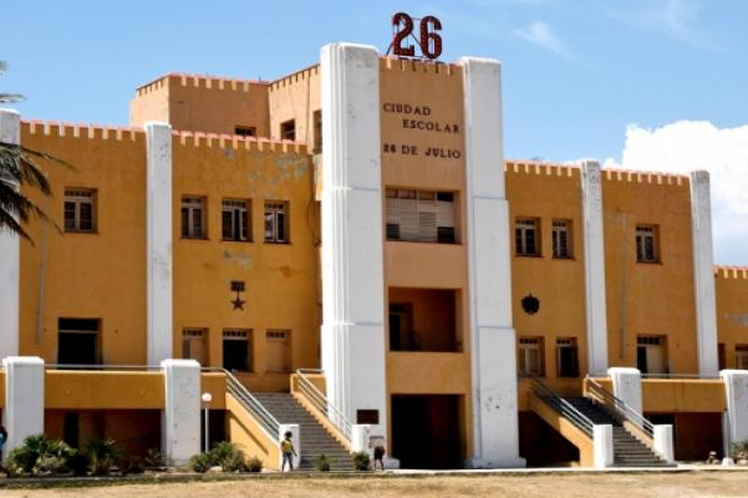 Afash referred Palestinians and Cubans face a common enemy; hence, the deed on July 26, 1953, commanded by Fidel Castro, is considered the beginning of the battle for the emancipation of all peoples worldwide.

On a ceremony in the Palestinian refugee camp of Chatila in this capital to honor the assaults on the Moncada Barracks and Carlos Manuel de Cespedes, the leader commented on Cuban contributions to the cause against the Israeli occupier.

‘It is not only weapons that defend our ideals, he pointed out, but also knowledge and education, and Cuba, he added, granted scholarships for our children who today are university graduates.’

Arranged by the League of Palestinian Graduates in Cuba and the Palestine-Cuba Friendship Association, the ceremony took place at the Chatila Center for Children and Youth.

Another speaker, the representative of the Popular Committee of the Camp, Naji Dawali, condemned the July 11 riots in several Cuban localities, under the influence of the US media machine, he denounced.

Meanwhile, Salah Salah, president of the Palestinian-Cuban solidarity organization, emphasized that by failing to bend the Revolution in Cuba for 62 years, Washington resorts to all its arsenal of lies, campaigns and maneuvers against the people of the sister nation.

At the same time, the president of the League of Graduates, Ali El Katib, said that the Cuban Revolution constitutes an example for the world and its resistance against the powerful neighbor is that of all the oppressed.