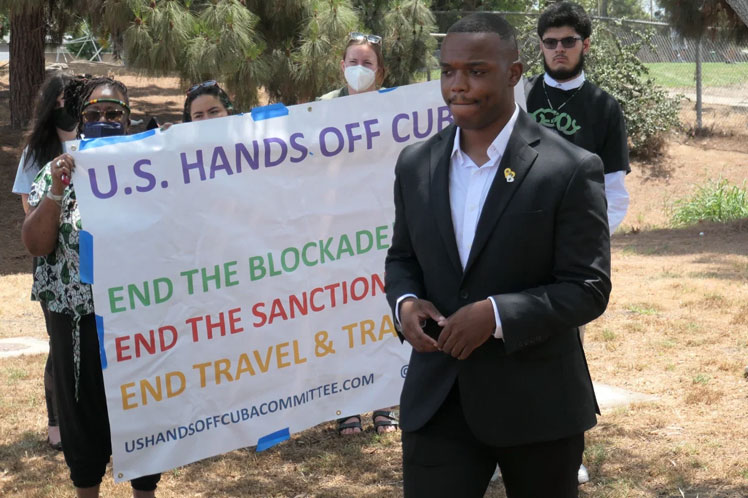 According to Duane Fernandez, many lies have been told about the situation in Cuba on those Internet platforms, particularly Facebook and Twitter.

A participant in a lately demonstration against the US blockade, Fernandez rejected the manipulation of images following the recent riots on July 11 and 12 on Cuba.

Cited by La Opinion newspaper, he pointed out that there are users who have turned those networks ‘into real fake news machines against Cuba.’

He commented on the way in which images have been used that correspond either to clashes in London at the end of Euro 2020 or to protests in 2012 in Madrid, and they publish them as if they were in Cuba.

He acknowledged that the Cuban incidents would not have happened without the shortage of food and medicines, whose current shortage is caused by the impact of the unilateral blockade, which has been in force six decades.

Fernandez also warned of the millions of dollars spent by the US administration to destabilize Cuba, and affirmed there is an ‘army of people’ who spend the whole day on networks shouting things and ‘never talk about the economic blockade.’

‘If the United States decides not to trade with Cuba, why apply sanctions to other nations, commercial companies, banks, officials and individuals for doing business with the Cuban government,’ he wondered.

On July 25, the members of the Bridges of Love solidarity project, after successfully concluding a 2,000-kilometer pilgrimage in Washington DC, demanded in front of the White House, along with Cuban and US activists, that President Joe Biden cease the unilateral blockade and mitigate the suffering of the families on the other side of the Straits of Florida.

The day was extended to several cities across the country such as Los Angeles, San Francisco and Seattle.

Cuba’s President Miguel Diaz-Canel denounced on July 17 in Havana, during a multitudinous act in support of the Revolution, ‘no lie has been committed by chance or error, it is all the cold calculation of an unconventional war manual’ against his country.