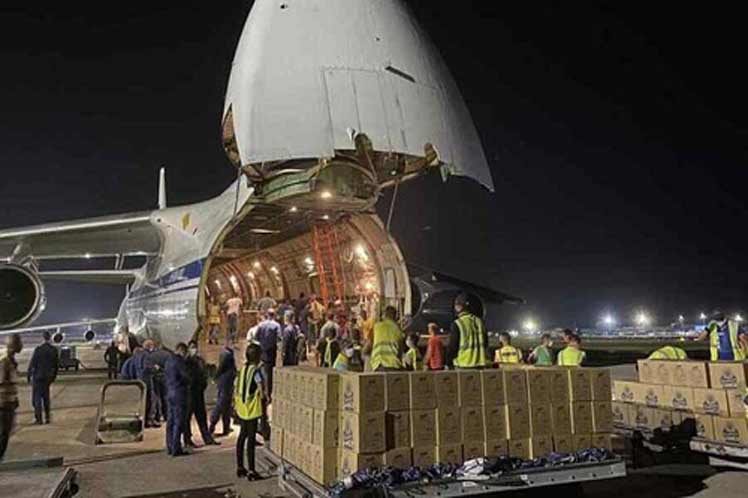 These are the multiple actions with which the world responds to the difficult situation on the Caribbean island, where the severe outbreak of Covid-19 is accompanied by hardships worsened by the intensified US blockade.

In the United States, they bet on the end of Cuban revolutionary process through an economic suffocation with which the administration of President Joe Biden maintains 243 actions of punishment inherited from Donald Trump.

To the difficult health situation caused by the pandemic in western province of Matanzas, and the battle against the blockade at UN General Assembly, joined the launch of a ‘soft’ war operation against Cuba.

As part of the operation, the so-called social networks were flooded by a hashtag that took SOS as its flag as an encouragement to a ‘humanitarian intervention’, that is with marines and helmets from the Organization of American States.

They were precedents for the July 11 riots, encouraged from cyberspace with calls for violence and chaos.

In the end, calm prevailed in Cuba again, but those pressing demands to send conditional aid disappeared from the air, while the heads of millionaire Miami counterrevolutionary industry, as always, made the profits. Quite the opposite happened at the other end of the Strait of Florida.

Cubans turned to actions to help their fellow countrymen from Matanzas. Health brigades traveled from one side of the island to the other, along with resources and equipment.

The Union of Young Communists, the University Student Federation, unions and civil society organizations joined in this effort for life.

At the same time, Cubans residing abroad collected and sent supplies for the battle against Covid-19, while condemning attempts to destabilize their country of birth. Friendship associations did the same in different latitudes.