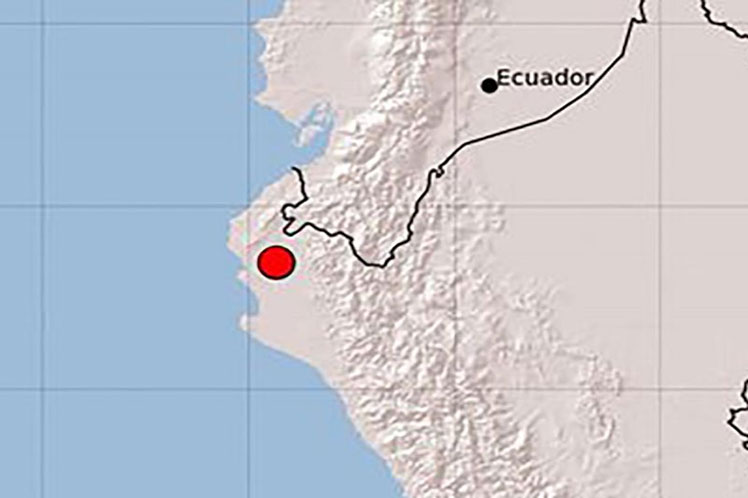 Moments of bewilderment were lived by military and guests when they saw that the president and his closest collaborators withdrew from the box of honor of the Army Headquarters, where the parade was held, without presence of public due to the protection against Covid-19.

The governor, who took office just two days ago, after speaking briefly with a senior official, left for the air base attached to the Lima airport, to travel from there to Sullana to assess the situation on the ground.

An official statement confirmed the reasons for the president’s sudden retirement and confirmed his trip to Sullana.

The earthquake shook Sullana, capital of the province of the same name and located 1,120 kilometers north of Lima, in the Piura region, at 12:10 local time.

The Geophysical Institute of Peru (IGP) reported that the earthquake reached 6.1 magnitude and an intensity of level VI, and its epicenter was located 12 kilometers from the city of Sullana at a depth of 36 kilometers.

The shaking was felt in Talara and other provinces of Piura, as well as in the contiguous region of Tumbes and from Colán beach, in the Piura province of Paita, residents reported that the earthquake caused a sandstorm and the withdrawal of the sea, which heralds a possible return with strong waves.

The head of the National Institute of Civil Defense (Indeci), Alfredo Murgueytio, also announced his trip to Sullana a and said that the initial reports reveal material damage, but not human casualties, although he awaits more information.

From Sullana, journalistic versions reported a woman injured in a landslide and eventually serious and evacuated by the Civil Defense and television showed the removal of another wound on a stretcher.