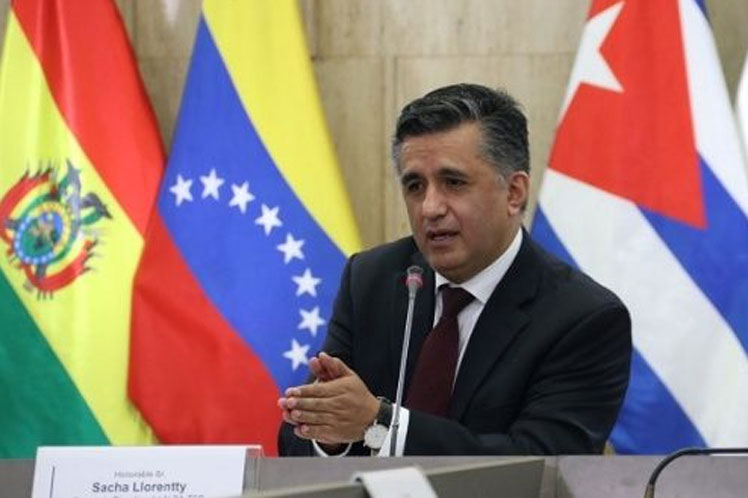 In a message published on Twitter, the head of the integration bloc reiterated the illegal nature of the spurious lists issued by the US government as part of its hostile policy against Cuba and other nations of the world.

‘(…) Cuba is a synonym of dignity, resistance and solidarity. On the other hand, the US is a synonym of abuses, invasions and looting,’ Llorenti underlined on the social network.

On his Twitter account, the head of Cuban diplomacy condemned the inclusion of the police force and its first officers in the spurious lists drawn up by Washington. ‘These arbitrary measures are added to disinformation and aggression to justify the inhumane blockade against Cuba,’ he asserted.

The Office of Foreign Assets Control (OFAC) of the US Department of the Treasury issued new provisions on Friday against the PNR and two of its high-ranking officers, Oscar Callejas and Eddy Sierra, for alleged abuses during the protests on July 11.

Under the Global Magnitsky Act, they were included in the list of so-called Specially Designated Nationals (SDN), whose assets are frozen and cannot travel to the United States.

The US administration enforces these measures for allegedly violating human rights during the demonstrations, although videos show vandalism and attacks on law enforcement officers and state property.

Under a similar pretext last week, the OFAC also sanctioned the Minister of the Revolutionary Armed Forces, Army Corps General Alvaro Lopez Miera, and the Special National Brigade of the Ministry of the Interior.

According to Cuban authorities, these restrictions are irrelevant from a practical point of view, but politically they do have implications, since they are part of the aggressive escalation promoted from Washington, which even exerts pressure on third countries to make similar statements against Havana.