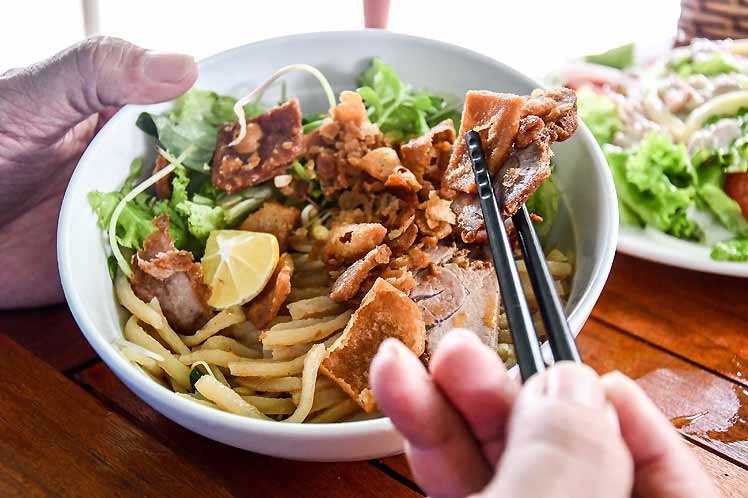 Hanoi, 2 aug (Prensa Latina) As early as the 1st century, the central Vietnamese city of Hoi An was home to the largest port in Southeast Asia, so the claim by locals that one of its traditional dishes sums up the history of the town would seem exaggerated.
Share on facebook
Share on twitter
Share on whatsapp
Share on telegram
Share on email

But when the visitor walks through it and at the end tastes a cao lau, bite by bite he recognizes the places and customs through which he passed. And if you have ever read Marcel Proust, you will find that through this unique culinary experience you can go ‘in search of lost time’.

As a major port hub, Hoi An – today a World Heritage Site – was a melting pot where the styles brought by Chinese, Japanese, Indian, French, Dutch and Portuguese traders from all over the world merged.

The mixture of cultures is perceptible in the constructions, with features of the architecture of those countries, and its language has many ‘borrowed’ words, as well as the gastronomy.

In the latter field, the greatest display of transculturation is cao lau, whose main ingredients are rice noodles, pork cracklings, vegetables, bean sprouts and fresh herbs, all dipped in a small amount of broth.

The noodles have the particularity of being soaked in lye water, which gives them a texture and color all their own, and the liquid with which the broth is prepared must come from an ancient local well. For this reason, locals claim that, if prepared outside Ho Ain, the recipe is not genuine.

As for influences, it is clear that of Japan in the noodles; of China, in the seasonings with which the pork rinds are marinated, and of India, in the chili peppers. The more distant influences – from France, the Netherlands and Portugal – underlie flavors that only an expert chef could distinguish.

Its name means ‘upper floor’ in Vietnamese, and it was so named because it was once reserved only for the rich, who when they went to restaurants occupied the space above. Now it is served everywhere, of course, and there is not a single visitor to Hoi An who does not try it.

With so much mixture it is impossible to determine the exact origin of the dish, but what is certain is that the millenary history of the city fits in a bowl of cao lau.

Vietnamese exports on the rise

Vietnamese exports on the rise