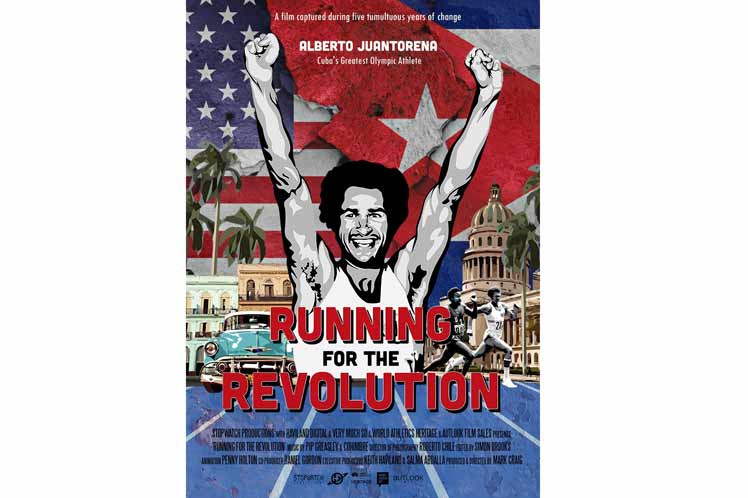 Premiered during the 42nd edition of the International Festival of New Latin American Cinema (December 2020), the film, entitled ‘Running for the Revolution’ (Corriendo por la Revolucion), is available on the iTunes and Amazon platforms, whose users can access it from any country.

If we ever need proof that sport not only reflects social and political trends, but shapes them, this material is proof of that, according to WA President Sebastian Coe.

Directed by filmmaker Mark Craig, the documentary recreates passages from the career of one of the most iconic athletes from Cuba and the world, the only winner of the 400- and 800-meter races in an Olympic event.

Produced by Sports Channel, the film, shot during the last five years, contains testimonies from people close to the double Olympic champion in Montreal 1976, both opponents on the tracks and colleagues, family and friends.

The motion picture counted on the collaboration of Cuban documentary maker and photographer Roberto Chile, and athletes such as Frederick Newhouse (US), silver medal in the 400-meter race in the Toronto Olympics.

It is worth mentioning the presence in the documentary of the historic leader of Cuban Revolution, Fidel Castro, a theme that led through the story, since he ‘made Cuba what it is today, and created the conditions to make Juantorena possible’.

According to the Cuba Sí website, for Craig the documentary was a journey into the unknown, which began seven years ago in a training court in Spain, took place in 2015 in Havana and included four other filming trips and interviews in Cuba.

Sports, personal experiences and historic subtext are combined in the audiovisual approach to the Cuban athlete, who currently heads Cuba’s Athletics Federation and Paralympic Committee.

Juantorena, who is 70 years old, holds among his achievements the university world title in Moscow in 1973, two gold medals in 1977 in the World Cup in Dusseldorf and breaking twice the world record in the 800 meters.