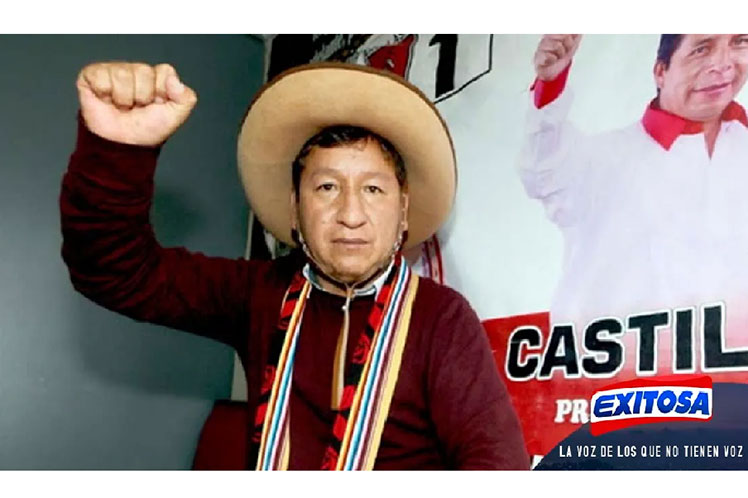 The chief of the cabinet signed together with his predecessor, Violeta Bermúdez, the act of transfer of the Presidency or Council of Ministers -official name-, and expressed appreciation for the work of Bermúdez, whose recommendations the government is willing to listen to, the Prime Minister said.

On the other hand, he spoke with Parliament members of the progressive New Peru party (NP) and the centrist Popular Action (AP), the first ally of Peru Libre, of the new president Pedro Castillo.

The objective of the round of talks with the various benches aims to achieve a vote of confidence in Congress (parliament), where the opposition has a majority, although there are nuances within it.

NP legislator Sigrid Bazán highlighted the importance of health management, with emphasis on vaccination against Covid-19 and prioritizing primary care, as well as education, declared in emergency, and the creation of employment.

The AP spokesman, Carlos Zeballos, declared that Bellido ‘is very open to dialogue and we hope that he will continue to do so.’

According to the congressman, support for the government ‘is not a blank check’ and it is necessary to promote national development, governance and democracy, which suggests the possibility of giving the ratifying confidence that the cabinet requires.

Meanwhile, the opposition parties coincide in questioning Bellido and several of the ministers for dissimilar causes, especially the rejection of the presence of Peru Libre leaders in the cabinet.

The prime minister is rejected for having said three months ago that the members of the armed group Sendero Luminoso were wrong Peruvians, refusing to describe them as terrorists, and for macho and homophobic notes transmitted a few years ago on Twitter.

Faced with these accusations, Bellido, who was sworn in four days ago, issued a message in which he ratified his position against all types of terrorism and added that ‘together we will overcome racism, classism, machismo and homophobia.’

Despite this, his detractors challenge him because of his closeness to the Secretary General of Peru Libre, Vladimir Cerrón, and demand that he be removed from the government and from holding public office.

The toughest opponents propose to use his force to deny confidence to the new cabinet, which amounts to an impeachment.

If the case is repeated, it would empower Castillo to dissolve parliament and, in the face of such risk, they intend to remove the ruler for the vague reason of ‘permanent moral incapacity.’

Another option mentioned is to give confidence and then censure ministers until Castillo gives in and replaces Bellido.