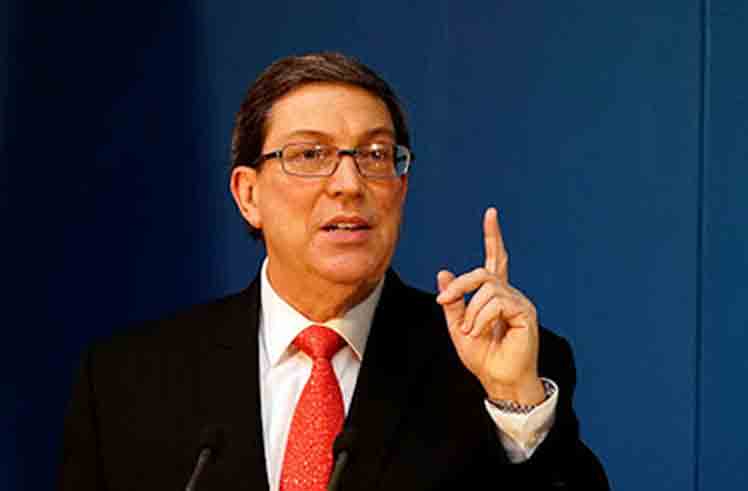 Through his official Twitter account, the Foreign Minister wrote that ‘the harassment, racist and homophobic insults against North American citizens who support the Let Cuba Live petition should embarrass alleged human rights advocates in the United States and Europe’.

According to authorities, the Caribbean nation is under constant siege from abroad, from a hate campaign financed and instigated from the neighboring country that seeks to interfere in Cuban internal affairs, under the guise of an alleged ‘humanitarian intervention’.

Specialists agree that the generation of false news about the island, the manipulation of images and the use of social networks to generate a climate of violence, the government is being destabilized.

On several occasions, the main promoter of the Bridges of Love project, Carlos Lazo, denounced the attacks on participants of a walk that started from the city of Miami, Florida, to Washington.

The pilgrimage of about two thousand kilometers was intended to draw attention to the need for President Joe Biden to eliminate the economic, commercial and financial blockade, applied for almost six decades by the United States against Cuba and considered the main brake on the development here.

In these days, more than 400 artists, politicians, intellectuals and activists from around the world sent a letter to the US president asking to put an end of the siege and the unilateral coercive provisions against Cuba. The text, published in The New York Times newspaper, advocates undoing the policies implemented by the Donald Trump administration (2017-2021) and urges the current head of the White House to resume the normalization of relations between Washington and Havana.

Also as part of the international demand for the cessation of hostility against the island, the Tricontinental Institute for Social Research presented the online exhibition entitled Let Cuba Live, in which 80 artists from 19 countries exhibited more than 100 works in defense of the Cuban Revolution.