Illegal migration takes lives as US breaches agreements with Cuba 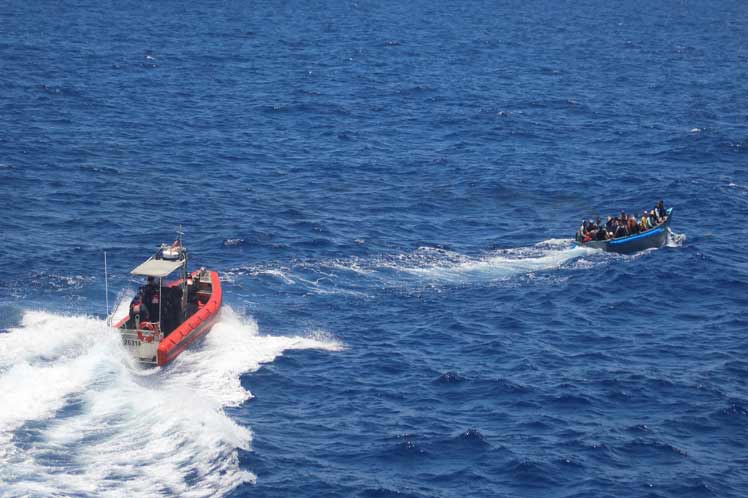 Illegal migration takes lives as US breaches agreements with Cuba

Havana, Aug 5 (Prensa Latina) The attempts to migrate illegally to the United States from Cuba continue to claim lives, while Washington breaches bilateral agreements for an orderly and safe migratory flow. This is evidenced by the shipwrecks that have occurred in the Straits of Florida, as well as the operations to return illegal migrants.
Share on facebook
Share on twitter
Share on whatsapp
Share on telegram
Share on email

So far in 2021, there have been 37 operations to return Cubans, including one from the Cayman Islands, three from Mexico, three from the Bahamas and 30 from the United States.

Cubadebate’s website on Thursday reproduced the testimonies of a tragic journey in which 22 Cubans embarked when Hurricane Elsa went through Cuba for the north on July 5.

Only 13 people managed to survive; nine died at sea.

Marlin Leliebre, 34, said that those involved assumed that the Cuban coast guard would be safe due to the hurricane.

However, on the way, they found the coast guards, who ordered them not to continue traveling.

They signaled us not to continue, to return because the boat was going to capsize and our lives were in danger. I was silent, but no one wanted to return. So the officers threw about 10 life jackets at us and we had three more, she said.

She added, we went ahead and at night the boat capsized and all hell broke loose. I stayed under the boat and stayed there to save myself between the water and the edge of the boat because I can’t swim. My boyfriend dived in and helped me out. There was a person who got tangled up in a blue tarp that we were carrying and did not come out.

She pointed out that they spent 22 hours in the water fighting to survive, while others lost their lives.

This is how Yaritza Darias, 27, suffered. She saw several people drown. Her brother died of cold clinging to her.

On the night of Friday, July 9, the United States Coast Guard suspended the search for all nine Cubans who disappeared after the shipwreck.

The following morning, eight of 13 survivors were returned to Cuba.

According to Colonel Lazaro Delgado, second head of the Identification, Immigration and Foreigners Directorate at the Ministry of the Interior, US authorities claim that the other five have health problems, which is why they had not returned to Cuba.

Havana and Washington have an immigration agreement by which up to 20,000 Cubans could receive visas annually to migrate to the United States, but Washington does not comply with the agreement. The government of Donald Trump practically closed its embassy in Havana, in particular the consular offices.

The Joe Biden administration maintains the same policy as his predecessor, including 243 punitive measures, 55 of which were taken in times of the Covid-19 pandemic.