Iran rejects accusations from Western countries at the UN 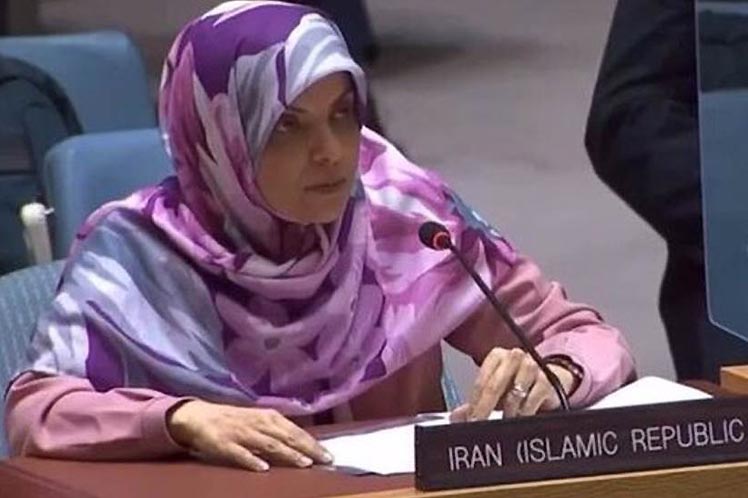 Iran rejects accusations from Western countries at the UN

The United Kingdom accused Tehran of deliberately attacking the Mercer Street oil tanker, which the Iranian ambassador to the United Nations, Zahra Ershadi, refuted, noting that such claims are unfounded and politically motivated.

She also indicated that Israel was trying to implicate the Persian nation in the Mercer Street incident in order to ‘divert attention.’

This rampage by Tel Aviv is aimed, in particular, at concealing its terrorist acts against commercial ships, he assured UN-accredited journalists.

During the last two years, she stressed, Israel would have attacked more than 10 commercial vessels in the region’s seas, specifically several oil tankers heading for Syria.

For his part, the spokesman for the Iranian Foreign Ministry, Saeed Khatibzadeh, said today that the United States, the United Kingdom and Israel are trying to create a vicious atmosphere with political objectives.

Iran, on the contrary, aspires to establish a safe climate in maritime transport and its naval forces are prepared to provide support to whoever requires it, he said.

The day before, the Iranian ambassador to the United Kingdom, Mohsen Baharvand, sent a letter to the International Maritime Organization, in which he expressed his protest at the rhetoric against the Persian nation, which is intended to be the author of suspicious incidents with tankers.

This Friday, the member countries of the Group of 7 accused Iran of attacking the Mercer Street oil tanker last week off the coast of Oman, an incident that claimed the lives of a Romanian citizen and a British citizen.

Germany, Canada, the United States, France, Italy, Japan and the United Kingdom released that joint statement and on the same day that the meeting at the UN Security Council took place to address the issue.

British ambassador, Barbara Woodward, told the press after that meeting, Tehran was responsible for the attack on that ship and ‘we know it was deliberate.’