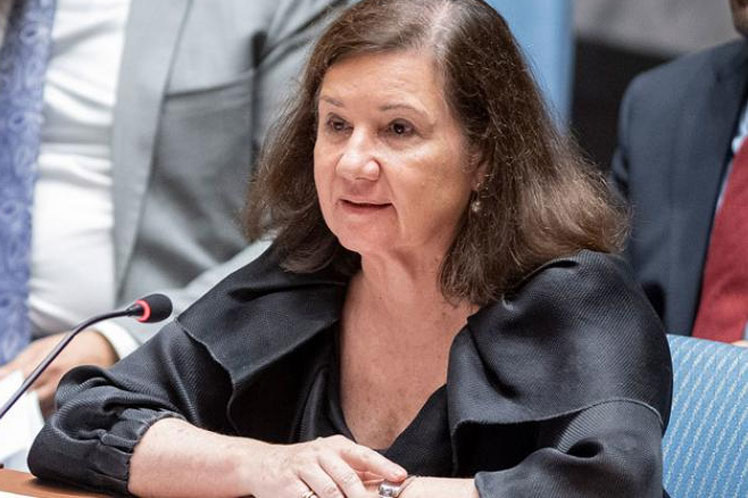 She so she said she at the UN Security Council in the high-level open debate on Monday under the theme ‘Improving maritime security: a case for international cooperation.’

The current situation on this issue, said the high representative, requires a truly global and integrated response that addresses the root causes of the challenges.

Such challenges range from disputed border issues to depletion of natural resources and armed attacks at sea, she noted.

Unregulated fishing and other crimes such as piracy, theft and terrorist acts in international waters are also among the big problems, along with the use of limpet mines and drones, she added.

These growing and interrelated threats require a truly global and integrated response, addressing both the challenges themselves and their root causes, which include poverty, lack of alternative livelihoods, insecurity and weak governance structures, she said.

In addition, the chief of staff asked countries to commit to the full and effective implementation of the United Nations Convention on the Law of the Sea.

This Monday’s session was attended by the Prime Minister of India, Narendra Modi, and remote interventions by the presidents of Russia, Vladimir Putin, and Kenya, Uhuru Kenyatta.