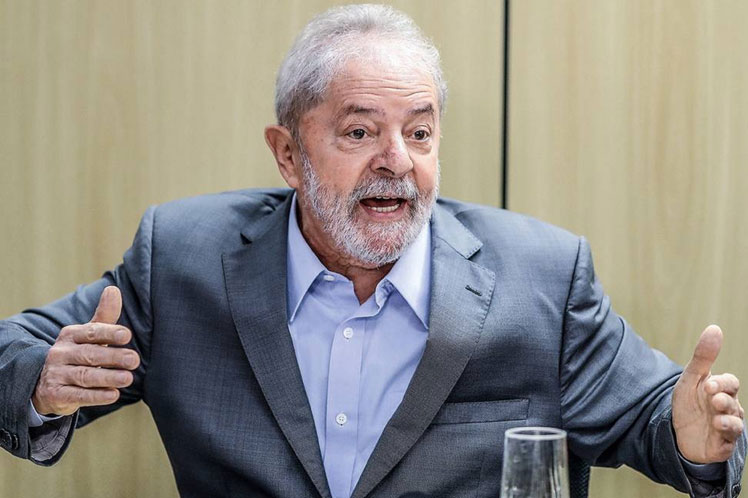 Body: ‘I think that neither (José) Sarney, nor Fernando Henrique Cardoso, nor I, Dilma (Rousseff), nor (Michel) Temer, have ever needed this. The guy wants to deliver an invitation, the guy gets on a plane, he gets off in Brasilia, goes to the cabinet, delivers the invitation and that’s it, ‘Lula said in an interview with ABC radio in Porto Alegre.

He denounced that ‘this is (Jair) Bolsonaro’s way of saying that he is the president of this country.’

Along with the three commanders of the Armed Forces, Bolsonaro accompanied the parade from the gates of the Planalto Palace (headquarters of the Executive Power) and received an invitation to attend the military training that will take place on August 16 in Formosa, about three kilometers away. of this capital.

The theme of the event was the delivery of an invitation to authorities to participate in the Operational Demonstration Day of Operation Formosa, in which more than 2,500 military personnel will participate.

For the founder of the Workers’ Party, it was not necessary to ‘invent a military parade’ to deliver the invitation.

‘If Bolsonaro wanted a photo with the military saluting, he could go to the barracks, or maybe call his photographer inside the Palace, because he is full of soldiers inside,’ he ironized.

In social networks, Lula also attributed Bolsonaro to emulating former US President Donald Trump in his attempt to create confusion by questioning the electronic voting system.

When the former military man insists on the printed ballot in the 2022 elections, he tries to generate confusion as Trump did in the United States. ‘And we are not going to accept it,’ the former worker leader wrote on digital platforms.

Bolsonaro seeks to change the electronic voting system in force in the country since 1996, considering, without evidence, that they promote fraud.

Such an initiative does not have enough support from the deputies to go ahead, so political parties interpreted the coincidence with the parade of armored and war tanks through Brasilia as a form of intimidation.

The plenary session of the lower house is scheduled to analyze this Tuesday the proposal to implement the paper vote as a complement to the electronic one.