Biden is advised to change policy towards Cuba to win votes 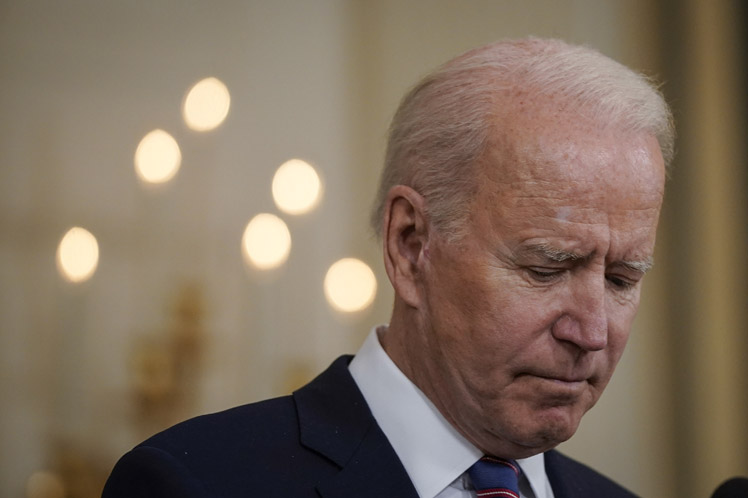 Biden is advised to change policy towards Cuba to win votes

According to the expert, if we help the Cuban people live a better life, democracy, human rights and the well-being of the people are likely to grow.

Likewise, he recalled in the text that Biden as a candidate promised to reverse Trump’s failed policies that inflicted harm on Cubans and their families and alleges that the Democrats do not fulfill the illusion of having the state of Florida in his pocket by 2024.

I question this political calculation, stressed the jurist, who pointed out how former President Barack Obama (2009-2017) almost won a majority of Cuban Americans against Republican Mitt Romney and now the formula should be to get more of these voters.

However, he described the situation of the current head of the White House as a dilemma, who needs unanimity in Congress within his party and the support of members of the Red Force to advance his legislative agenda due to the narrow Democratic majority in both cameras.

In that sense, he criticized how Senator Bob Menéndez, of the Republican Party, defender of the hard line of the blockade and sanctions against the island, takes advantage of the context to ‘blackmail President Biden.’

According to Cruz, the result of this strategy for more than 60 years is an embargo (blockade) that devastates the Cuban people and violates Article 13 of the Universal Declaration of Human Rights. In his opinion, Democrats fear contradicting the false narrative of the media that portrays Cuba as a concentration camp when the worst human rights abuses on the island have occurred at the Guantanamo naval base, a territory occupied by Washington against the will of the Cubans.

Cruz ruled out the idea of ​​imposing a ‘regime change’ on the island from abroad, as claimed by those from Miami who supported the riots of July 11, ‘because only Cubans can do that.’