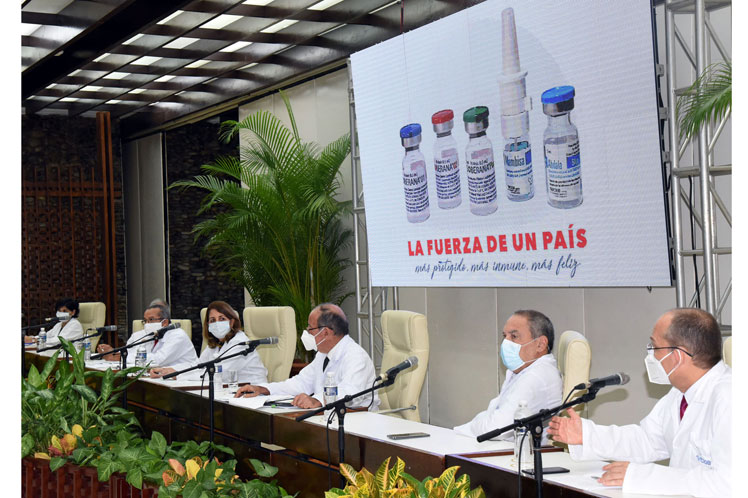 At the following link: https://www.cienciacubana.cu/es, the letter can be accessed by doctors, scientists and all those who support the call of the Caribbean nation to the North American president to respect the achievements of biotechnology in the country; as well as the need to lift the blockade imposed for more than 60 years.

Each user must only fill in the spaces with their name, surname, school grade, country and express their agreement with the text, also available on the site, both in English and Spanish.

Among the signatories are already prestigious researchers from Cuban scientific centers, as well as from Canada, France and other nations. Journalists, lawyers, dentists, and dissimilar professions joined.

On July 15, US President Joe Biden publicly referred to Cuba as a ‘failed state’ and disqualified the ability of the island, its health and science system to respond to the challenges of the current epidemiological situation created by Covid-19.

Faced with this misinformed pronouncement and aimed at distorting reality, a wide representation of scientists, doctors and the Cuban and international population will address the letter in which the achievements of the Antillean nation in health issues and specifically in the face of the pandemic, are described.

The text highlights that immunization has been part of the public health system of this country since 1962 (with the creation of the National Immunization Program), which guarantees free and universal vaccination of the people, regardless of socioeconomic, political, religious status, gender or race.

In this way, since 1999 all Cubans have been protected against 13 life-threatening diseases, including diphtheria, tetanus and pertussis, and eight of these vaccines are manufactured in the national territory.

As a result of high immunization rates, not a single case of measles has been recorded in recent decades.

Added to this is the immunization process throughout the national territory against Covid-19 with its own vaccine proposals; in which a total of four million 726 thousand 170 people have received at least one dose of one of the Sovereign 02 and Sovereign PLUS candidates; as well as the Abdala vaccine (first in Latin America and the Caribbean).

Cuba maintains close collaboration on these issues with the World Health Organization and the United Nations Children’s Fund, international organizations that have confirmed child vaccination rates in this country, which exceed 99 percent coverage.

Precisely, none of these organizations has suggested the need to intervene in the Caribbean nation to administer vaccines, as the United States Government has recently done.

Rather, they have enlisted the help of Cuban experts in global efforts to eliminate diseases such as polio or to urgently export national meningitis vaccines to Africa.