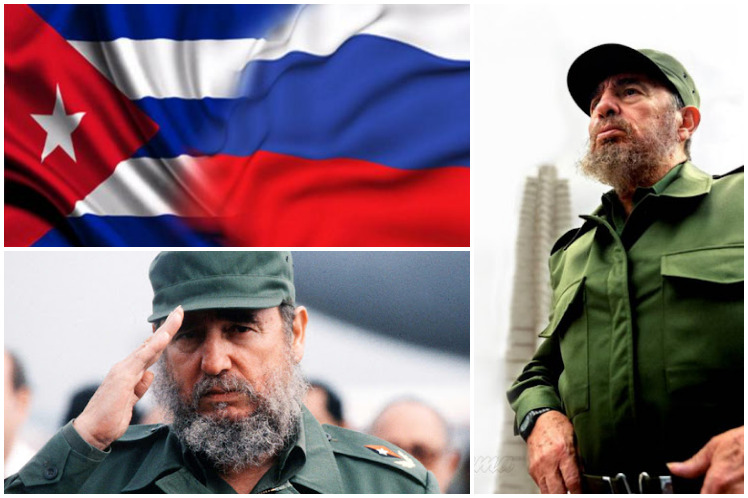 Moscow, (Prensa Latina) Activists of the Russian and international movement of solidarity with Cuba highlighted on Friday the figure of Fidel Castro on his 95th birth anniversary, and sent greetings to the Cuban government and its people for the important celebration.

The Russian Committee for the Struggle against the Blockade against Cuba, the Venceremos Social Movement, the Red Youth Vanguard, the I.V. Khlebnikov Workers’ University, the TV Creative Project Network and the Moscow Workers’ Council signed a communiqué in salute to the birth anniversary of the historic leader of the Cuban Revolution.

In their proclamation sent to the Cuban embassy in Moscow and the Cuban Institute of Friendship with the Peoples, those friends described Fidel Castro as ‘the greatest son of a heroic nation, the eternal commander of the Liberty Island,’ the text referred.

They pointed out that the Cuban leader is the greatest theoretician and practitioner of the world anti-imperialist struggle, as well as the organizer and leader of the creation of the Communist Party of Cuba and the construction of socialism in the country.

They emphasized that in the ‘dark years of the retreat of world socialism,’ under the conditions of a double blockade and the economic crisis of the 1990s, Cuban communists, led by Fidel Castro, managed to defend the Cuban social project in the face of US pressures.

They indicated that the cause to which the revolutionary leader dedicated his life will prevail despite the ‘new onslaught of imperialist reaction, which intends to test the strength of Cuban society in the face of epidemiological, economic and political-military threats.’

Russian activists reiterated their willingness to support Cuba’s cause in any scenario and to condemn the US manipulative campaigns and the most reactionary sectors of Cuban emigration abroad to defeat the Revolution.

‘We consider it our international duty to defend fraternal Cuba from any threat,’ they underscored in the missive, denouncing the criminal US blockade against Cuba in force for over 60 years.